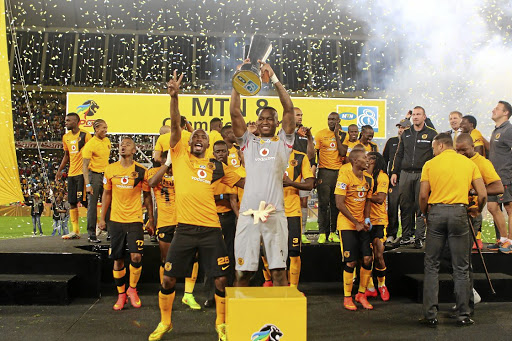 This will be the 12th edition of the MTN8 tournament after sponsors MTN took over from SA Airways in 2008.

It's the 45th instalment of the top-eight competition since the first event was staged in 1972. It has been played every year bar 1997-1999, when it fell off the South African football calendar.

In 1974, there were two top- eight competitions. The first was played in January and the other at the end of the season.

Kaizer Chiefs are the most successful club in the competition's history with 15 victories from 22 final appearances.

Former Kaizer Chiefs midfielder Josta Dladla believes that his erstwhile employers are starting to show signs of recovery after missing out on a ...
Sport
2 years ago

SuperSport United are the only team to appear in every season of the MTN8 competition since the launch of the PSL in the 1996/97 campaign. Matsatsantsa have yet to finish outside of the top half of the table.

Lamontville Golden Arrows' 6-0 victory over Ajax Cape Town in the 2009 decider is not only the biggest winning margin in an MTN8 final, but also in all domestic cup final matches in South African football history.

The record score in the competition is an 11-1 win for Moroka Swallows over amateurs Winter Roses in the expanded edition in 1975.

The first penalty shootout in the tournament came in 1976 when amateurs Malimo from Welkom upset Bloemfontein Celtic 4-2 on spot-kicks after a 1-1 draw in the opening round.

The record penalty shootout score is 9-8 in favour of Dynamos over Swallows in their 1981 semifinal replay.

Only five finals have gone to penalty shootouts:

Two finals have gone to replays:

In the 1988 final, when Sundowns edged neighbours Arcadia, the replay was not allowed in Pretoria but was played instead at the Rand Stadium in Johannesburg.

There have been three cup final hat-tricks in the competition's history - Ace Ntsoelengoe for Chiefs against AmaZulu in 1976, Marks Maponyane for Chiefs against Rangers in 1987 and Phil Masinga for Jomo Cosmos against Chiefs in 1991, when despite his three goals, he still finished on the losing side.

The most goals scored in a single top-eight match is five by David Dolo for Moroka Swallows as they overwhelmed Winter Roses 11-1 in the 1975 first round.

Three own goals were scored in the final when Arcadia beat Wits in the first leg of the 1986 final in Durban, including a spectacular diving header into his own net by Arcs' centre-back Dave Bukowski.

Football returns to Newlands in Cape Town when Cape Town City host Polokwane City at the rugby stadium in their MTN8 quarterfinal on Saturday.
Sport
2 years ago

Tendai Ndoro could be the secret weapon that Highlands Park unleash against his former Orlando Pirates club when the two sides meet in the MTN8 at ...
Sport
2 years ago
Next Article