Murdered footballer Marc Batchelor was no angel - but was an ace fly half, says his brother 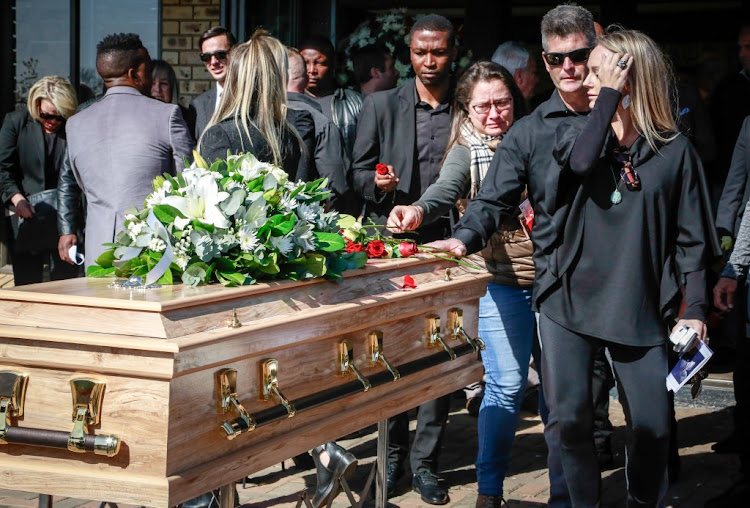 Warren Batchelor on Thursday told mourners that his brother, slain footballer Marc Batchelor, was "no angel" and had made some poor decisions.

“In the past few years, he kind of lost his way and he went down the wrong path. And during this time was when he pushed me away. Marc and I have been estranged for nearly three years now over some stupid argument," he said at Batchelor's memorial service at The Crossing Church in Midrand on Thursday.

"We were on the verge of reconciling and were planning to meet and talk soon, and then I got that call last Monday night,” Warren said.

He was referring to the night of July 15, when Batchelor was gunned down in the driveway of his Olivedale home in Johannesburg. His assailants were two gunmen armed with semi-automatic assault rifles, riding on a white motorcycle.

“Crime in this country is out of control," said Warren. "Something needs to be done. Too many beautiful people are dying. What is being done about this? We have to do something. How many more funerals do we have to have?”

Former Kaizer Chiefs and Orlando Pirates striker Marc Batchelor's funeral service was held in Midrand. Family and friends paid tribute to the slain legendary footballer. Most described Mark as a wild card with a big heart. Former football colleagues paid their respects with a few funny stories, and heavy hearts. 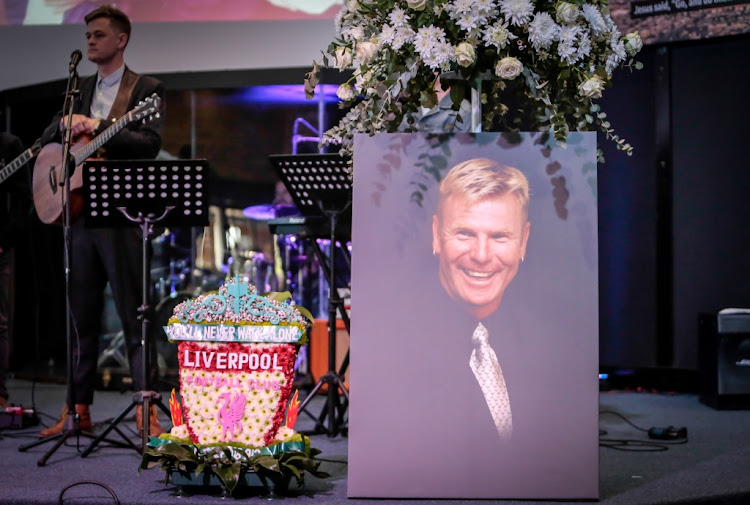 The service for the former Kaizer Chiefs and Orlando Pirates striker got under way shortly after midday.

In an emotional address to mourners, Warren said the family buried their father three years ago. He died from Huntington's Disease. It was only on Tuesday, in the wake of the murder, that he found out his brother had the same disease.

Poking fun at Batchelor's hairstyles, Warren said their hairdresser mom would not have been thrilled.

“It obviously didn’t rub off on Marc, because in the last two years, the hairstyle I’ve seen him having, my mother would be turning in her grave," he joked.

Warren said "Batch" excelled at all sports and was an ace fly-half.

“He could have played Springbok rugby. Wearing the 10, he was a fly half of note. He could convert a penalty or a drop goal from almost anywhere on the pitch. Sorry, Naas [Botha]," he said.

Williams, Batchelor’s former Kaizer Chiefs teammate, told those gathered about the pair's trip to China, where he represented Batchelor as his agent.

Williams booked business class tickets. When they were checking in, Williams asked if they could be upgraded to first class because Batchelor was too tall to sit in business class. They were upgraded, but there was a problem: Williams had bought a Nando’s chicken.

“Two hours later, Batch looked at me and says to me, ‘Mark, is there something left of that chicken?’ I said, 'Ja, in the toilet'. He went to the toilet and finishes the other half.”

The Johannesburg private investigator who was arrested for being in possession of murdered former soccer star Marc Batchelor's cellphone has been ...
News
2 years ago

Sunday Times reported that Batchelor was returning home with his gardener, who requested anonymity, and his dog, Dakota, when the gunmen struck. Neighbourhood CCTV footage shows the gunmen trailed Batchelor’s white BMW X5 for several kilometres before firing seven bullets through the driver’s window and one through the car door.

At least six bullets struck Batchelor in the chest and one struck Dakota in the stomach. The animal is in a stable condition. The gardener was unharmed.

The Sunday Times reported that police are investigating whether Batchelor was killed in a revenge hit for his alleged role in stealing a ton of cocaine, smuggled into SA late last year.

The police are also investigating the murder of Serbian national Ivan Djordjevic, who was killed in a similar attack at his Bryanston home in April. Djordjevic and Batchelor went into business together last year.

Crime intelligence sources told the Sunday Times the two were allegedly involved in stealing cocaine, which entered SA from Brazil and the Netherlands, via Port Elizabeth and Cape Town harbours, in December last year.

A Johannesburg private investigator and debt collector was arrested for allegedly stealing Batchelor’s phone from the crime scene and deleting information from it.

Times Select reported on Tuesday that the man was one of Batchelor’s business acquaintances. He was arrested for defeating the ends of justice, but was released on Monday. He cannot be named as he has not appeared in court.