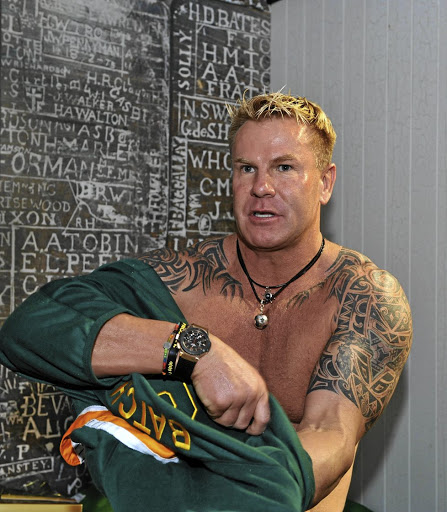 Former PSL striker Marc Batchelor will be held in memory not only for his sporting prowess, but for his capacity for violence and holding court with questionable company.

Batchelor was shot and killed by motorcycle-borne assassins near his home in Olivedale, Johannesburg, on Monday night. He spent his final moments slumped over in the seat of his car, a tight cluster of bullet holes in the window lending some insight into the triggerman's deadly intent.

And while the former Kaizer Chiefs and Orlando Pirates striker's early career was starlit by his achievements on the pitch, he steered toward controversy once his boots had been hung up.

In 2007, Batchelor was banned from appearing as a SuperSport analyst after a string of nightclub brawls thrust him into the headlines.

Orlando Pirates have sent condolences to the family and friends of their former player Marc Batchelor after he was gunned down outside his ...
Sport
2 years ago

He had been pulled off air by station management after gym instructor Ivor Josephs identified him as one of the four men who assaulted him outside a Parkhurst restaurant.

Former teammates described Batchelor as a burly and imposing figure on the field, and a man who was quick to anger. Pollen Ndlanya, who played with the towering forward, said Batchelor was often misunderstood.

"People thought [of] him [being] arrogant because of [him being outspoken]. Yes, he was short-tempered but that didn't make him arrogant," he said.

Batchelor, who also played for Mamelodi Sundowns, SuperSport United and Moroka Swallows, also became a controversial figure in the trial of murderer and Paralympian Oscar Pistorius - a regular sight in the public gallery while the runner was facing down a murder wrap.

Kaizer Motaung join the many whose lives were touched by Marc Batchelor in mourning the former footballer's death on Tuesday.
Sport
2 years ago

The pair had once been embroiled in a heated exchange, with Batchelor insisting that Pistorius had threated to break his legs. Batchelor told The Star newspaper: "He called me 'boy' and ... said he wasn't afraid of me. The man I heard on the phone is a different man from the image given out there. He carries a gun everywhere, and I have seen him [being] controlling to women."

He had been a witness for the state in the Pistorius case and, while he was never called to testify, he, along with self-confessed murderer Mickey Schultz, found themselves embroiled in courtroom antics with Pistorius's relatives.

Schultz, a prolific boxer, confessed to the murder of mining magnate Brett Kebble. Continuing with the theme of underworld connections, controversial businessman Nafiz Modack paid homage to the soccer player who he lionised as his friend.

"He was humble and loyal and would go out of his way to assist people who needed it. South Africa has lost a star," Modack told Sowetan sister publication Times Select.

"I have known him for years and we had done some work together. He was a great guy and always called me for donations for the kids he was teaching to play soccer. He did that to get them off the streets and away from drugs."

Batchelor's brother Warren told Times Select: "I loved my brother and to see him like [this], lying in the car, has broken me. I'm still reeling. He was a colourful character."

No arrest had been made by the time of going to print.

Former Kaizer Chiefs striker Marc Batchelor was shot and killed in a suspected hit on Monday evening near his home in Johannesburg. Police ...
News
2 years ago

Former Bafana Bafana striker George Dearnaley remembers Marc Batchelor as “feisty and competitive”‚ and a smart operator in the business of football.
Sport
2 years ago
Next Article