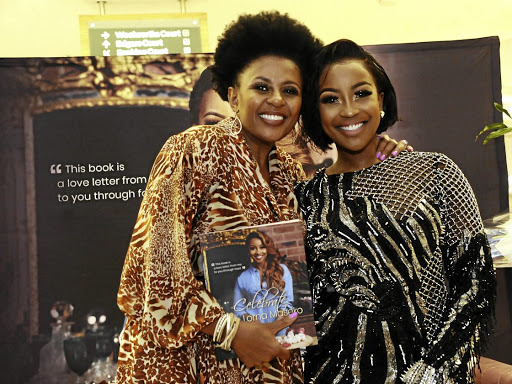 There were many false starts, but spring is well and truly here and nothing punctuates this season more than celebrations.

It feels like every time spring rolls around, there's always something to celebrate.

And when I received an invite to Lorna Maseko's cook book launch, it was apt that it was titled Celebrate with Lorna. A woman who surely has a lot to celebrate.

The Alexandra-born ballerina-turned-cook slash media personality is taking us through her journey and making us taste her memories.

Maseko remembers the exact flavours that were in a burger she had after being eliminated from ballet competition, the Prix de Lausanne, in Switzerland.

"My favourite food memory must be having a burger in Prix de Lausanne in Switzerland after being eliminated, we were crying because we were eliminated. But the burger flavours have always been amazing, so that's one of the recipes in the book," she says.

It's time for high indigenous tea

Local brews tasty and healthy too.
Good Life
1 year ago

The launch was a bustling glittering affair hosted at Sandton City's Diamond Walk, MC'd by Maseko's friend Ayanda Thabethe and attended by Basetsana Kumalo who came to support one of her former presenters.

Maseko has been cooking with passion for close to five years. She went to a chefs school, but dropped out after two months.

Maseko travelled extensively as a ballerina and later on as a presenter for the discontinued lifestyle magazine show, Top Billing. The recipes in her book are inspired by all these travels. During the launch she had a cooking demonstration where she made a chorizo sausage and calamari dish served with a tomato soup and bruschetta.

Maseko said this dish was inspired by her trip to Spain which she's been to several times. She says she struggles with baking.

"I always say cooking is very creative, when you've got something on a plate you can still fix it, no one will know what it's supposed to taste like. 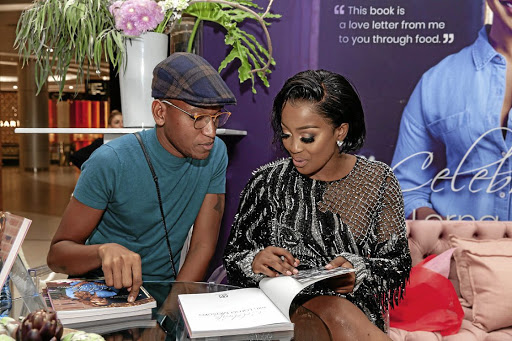 The book doesn't have a lot of dessert recipes but there's enough to satisfy you for a while."

Maseko, spoke passionately about being taken under media mogul Kumalo's wing. Kumalo got up and expressed her support for Maseko and reminded the crowd that she had also just launched her own book, Bassie: My Journey Of Hope.

Cultural hub set in a suburb

African cuisine on offer at eatery
Good Life
1 year ago

"As a 20-year-old in 1994 with a divine destiny, as a 20-year-old little do you know that as a calling upon your life is so significant and so important to inspire and ignite hope to a generation beyond your time. And more importantly to show up for your calling."

"And so in 1994 I knew that I had to chronicle this journey so that a girl child, a black girl child... a son, men and women in this country will still have a sense of hope that we can still be something beyond the 25 years [of democracy]."

Maseko also had some encouraging words to say to girls and young women.

"Keep going, there is nothing holding [you] back. Life is for us to take and to enjoy and to embrace. It's never going to be an easy ride, failure is okay.

It doesn't mean that you can't get through to the next step; just keep going," she said.