Kota festival switches on a thriller despite power cut 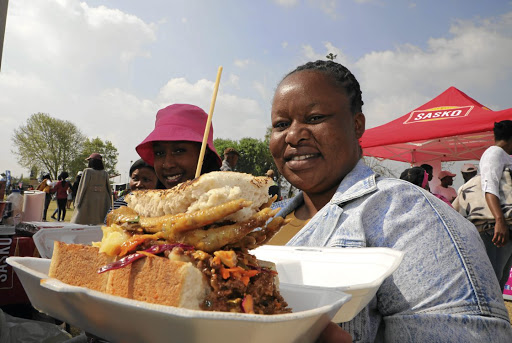 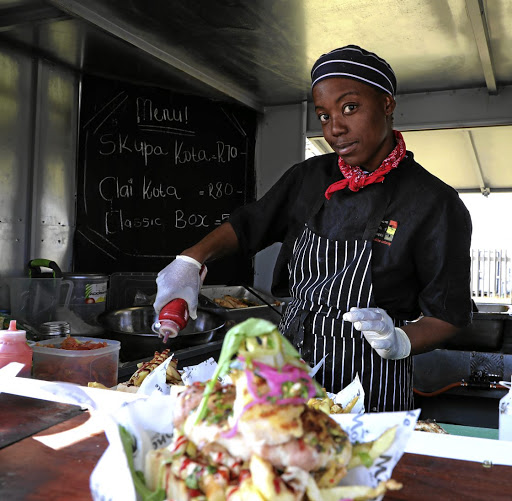 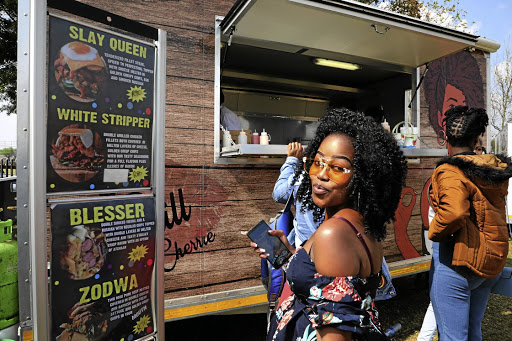 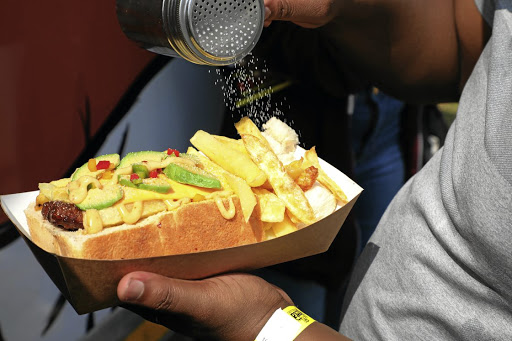 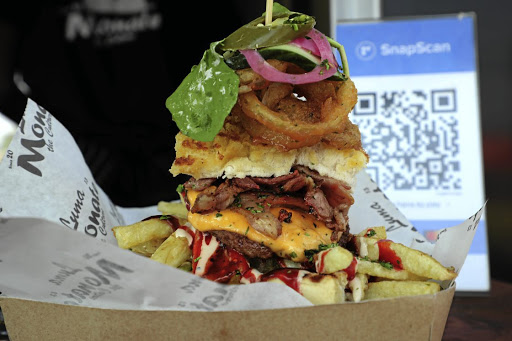 The aroma of gently frying potatoes vied with sizzling Russian sausages and patties basted in secret sauces with the loud voices of patrons marvelling at the variety of cold and cooked meats on display.

Fans of the kota were treated to sights and tastes that will stay with them for some time to come after the third Soweto Kota Festival at the weekend.

The annual two-day exhibition was held at the Elkah Cricket Oval in Moroka.

The ingenuity of various vendors was on display from the towering displays of bread topped with any meaty stuff - from cold meats to steaks.

Accompanying these can be any veggie stuff, like onion rings, lettuce and mash.

From stands where you could create your own kota, which is handy for those with certain dietary preferences such as vegetarians, to vendors who had unique crowd-pulling names such as Sugar Mama, or menu lists with entries such as Slay Queen or Zodwa.

Loyiso Basso says he left a life of drugs and crime after he realised he was wasting his life and making his mother suffer.
Good Life
2 years ago

While the latter was pricey at R70, Slay Queen was among the top of the pops at R90! It contained tenderised fillet steak, crispy chips, egg and Russian, topped with a slice of melting cheese. Heavenly!

Nomsa Miya, who hails from Bergville in KZN and residesin Soweto, serves a kota with chicken feet in it. I watched as one of her assistants toasted the soft kota "lid", which is cut out of the quartered bread that will form the base for the kota, in a frying pan on the gas stove.

"I do this just to make it different and also it adds to the taste," Miya said

She fills her kota with spinach, red cabbage, carrot and chakalaka layered with mince and mashed potatoes and topped off with a chicken foot or two.

Miya also does catering for stokvels and societies.

Another KZN local at the festival was Mapula Makhatini, from Newlands West in Durban. Despite Centurion in Tshwane being her residence, she calls her business Durban Flavour. Her kota menu list has names such as Ballito, South Beach, Eyadini and KwaMashu.

The latter is a meaty behemoth topped with a colourful pepper umbrella, just for aesthetics.

Makhatini, a finance wellbeing officer by profession, says the business is six months old and was started out of passion.

"I have friends who come over and I cook for them, they inspired me to make it a business. "I'm loving it, it's my hobby," Makhatini, who runs a food truck, said.

Female entrepreneurs dominated the expo, as people like Tshiamo Mokgadi also drove in her food truck. Her business is called Grill Cherrie, and her menu normally consists of wings and beer-battered onion rings and a chakalaka-filled boerie roll. But on the day she was filling in for a friend, who came up with the cheeky concept of calling his kotas Sugar Mama and Blesser. Mokgadi, from Mamelodi, said those in the food industry like her needed to make adjustments due to the current economic state of the country.

"Some events sometimes people come out and spend, other times not so much and the sales are lower. So I guess it's understanding that if you book to come and sell at an event like this just understand what kinds of people will be coming through and maybe understanding their price point, what they may be comfortable with and adjusting your prices and menu to suit that," Mokgadi said.

The well-attended festival had some hiccups, such as the electricity going off and patrons had to wait for backup generators to be made available from the venue. Some savvy entrepreneurs had their own small generators and gas stoves. The people happy to be out and about with their families were not fazed by the interruptions, they flocked even to the ice-cream stands.

Mbali Nhlapo from Pimville was attending the festival for the first time. She said: "This is nice, it helps businesses to grow and it helps people know where to get certain kotas. It's also nice to meet up with different people."

Her friend Yoli Mathebula said: If you want to see Soweto's culture, come to the Kota Festival."