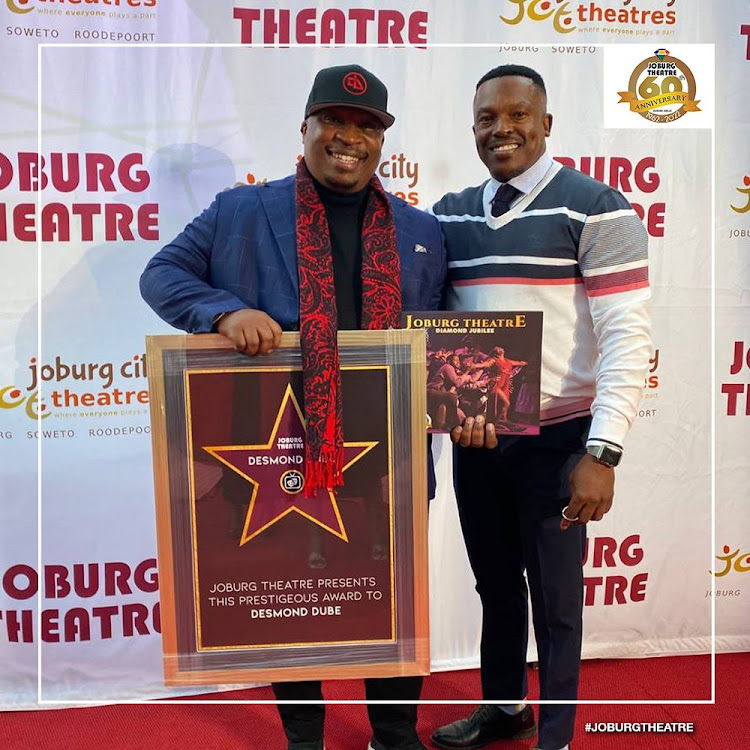 The Joburg Theatre in Braamfontein celebrated 60 years of existence by honouring 20 outstanding artists in music, the performing arts, theatre and literature on Saturday night.

Those who were honoured posthumously had their family members accepting the honour on their behalf.

The black tie event saw young and old gather at the theatre for the diamond jubilee. It was the biggest party in the theatre industry since the pandemic began. It attracted TV stars, comedians, businessmen, politicians, artists and ordinary people. There was music, food and drinks galore.

Newly appointed artistic director James Ngcobo, who took up his position on July 1, has not wasted any time getting some work done. 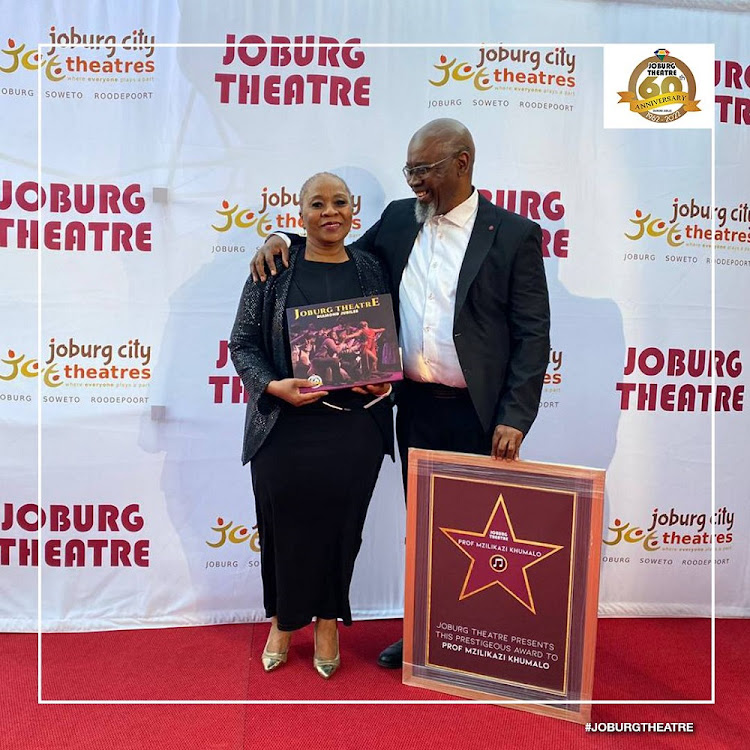 It further featured excerpts from Athol Fugard's Waiting for Godot, Zakes Mda’s Mother of Eating, The Suit and King Kong.

The performing group also paid tribute to Kente by singing the popular song How Long from the musical How Long.

“Our focus was on honouring the people who have become huge creatives interwoven with this space, you have all this beautiful space, all the infrastructure but you have to have content," Ngcobo said.

"This production not only paid homage to the creatives of the past but aimed to speak to a younger audience and members of the contemporary landscape who may have not been privy to what has been and remind them of the big shoulders they stand on in what is to come. This theatre is not 60 years old, it's 60 years young and it’s just galloping ahead,” he said.

Joburg City Theatres CEO Xoliswa Nduneni-Ngema said it has been a great joy and privilege to be able to honour "these leading lights in the theatre community".

"The role they have played in the success of the arts industry in Joburg and the country can never be overstated. Their influence and inspiration can be felt in tonight’s performances, in the 60th celebrations programming and in the Joburg Theatre itself as we look to the next 60 years," she said.

It's been a long time coming, but Grammy-award winners Ladysmith Black Mambazo have finally got the acts together that will join them on an overseas ...
Entertainment
1 month ago
Next Article