Nightmare of Mzansi's reality makes it hard to share dream 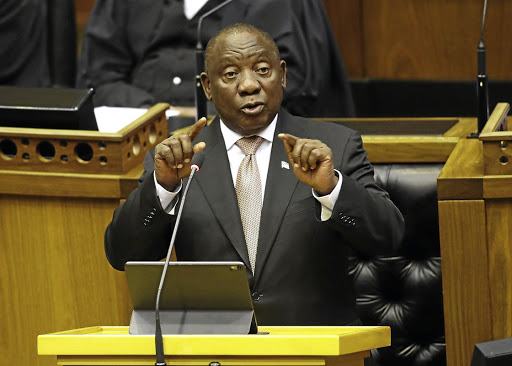 President Cyril Ramaphosa is given to flights of fancy that have no connection to the situation on the ground for the citizens of South Africa, says the writer.
Image: Esa Alexander

To dream or not to dream, that is the question. It was always going to be a hard act to follow for President Cyril Ramaphosa to sustain the momentum after his scorching hot Thuma Mina address of last year.

His latest State of the Nation Address went down like a lead balloon after he dared South Africans to dream. The opposition parties did not waste time in shaking the president out of his slumber, though ANC MPs heeded his call and nodded off in parliament.

Ramaphosa's flights of fancy include a bullet train from Cape Town to Musina despite the state-owned Metrorail stuttering to get commuters to their destinations, let alone meeting salary commitments.

The only high-speed train, the Gautrain, continues to suck hundreds of millions of rands in subsidies from the Gauteng government but remains unaffordable to Vusi, Zodwa and Lerato.

Ramaphosa bore the inefficiency of Metrorail a few months ago when a train he was riding in got stuck for hours in the middle of nowhere in Tshwane.

His threat to kick the butt of Metrorail authorities remains up in the air as newly minted transport minister Fikile Mbalula experienced shoddy service on a locomotive in Cape Town this week.

The president also dared us to imagine a smart city, where everything runs like clockwork. However, the latest report of the auditor-general paints a gloomy picture of existing towns and cities. Only 18 municipalities out of 278 received a clean audit, according to the AG, Kimi Makwetu.

Opposition parties did well to give Cyril Ramaphosa a reality check

President should use the criticism not only to improve himself as an individual, but make the necessary moves as well
Opinion
2 years ago

This appalling state of affairs is worsened by the lack of service delivery South Africans have become familiar with. About 18 municipalities are so broke that they cannot afford to pay salaries. However, this has not stopped officials from scoring hefty bonuses and receiving their lucrative salaries. In fact, municipalities have vowed to fight against finance minister Tito Mboweni's cost-containment measures.

The mayors were horrified when Mboweni instructed them to use public transport instead of their taxpayer-funded luxury cars. Of course, local politicians are privy to the shoddy service provided by the state and none would dare use public amenities such as hospitals, schools or transport. Their children attend private schools and their families have medical insurance.

EFF leader Julius Malema flirted with the idea of using public services in solidarity with his constituency during his first stint in parliament. Hardly a month after he became an MP, Malema shot down the idea of his children being admitted to a public hospital.

Anecdotal evidence points to a high probability of death or worsening of your medical condition at most public hospitals due to negligence and lack of resources. Ominously, the health department faces billions of rands in litigation from botched procedures. Public hospitals and clinics are clearly for the marginalised and not for the ruling elite.

The president meant well, to imagine a better tomorrow, but the present continues to haunt his people. Potholes are growing into craters in Mahikeng and Mthatha, while the people of Alexandra wait for the houses he promised them on the campaign trail.

In the meantime, they have to contend with congested living conditions and rats feasting on their toes while they sleep. While most people are living this nightmare, the president is dreaming of a futuristic Wakanda. Vuka tog, Mr President!