Being an ordinary MP with no free booze is thirsty business 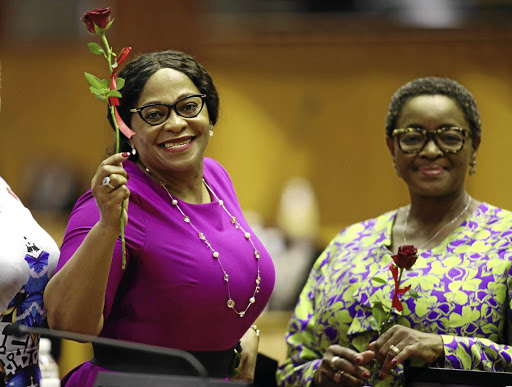 Former cabinet ministers Nomvula Mokonyane and Bathabile Dlamini are among ex-ministers who have opted for early retirement rather than to be backbenchers in parliament. /Esa Alexander

One of my absolute bugbears is gambling. Apart from buying an occasional lotto ticket or punting on a mare during the Durban July, I steer away from activities that require luck to make a buck.

However, I deviated from the norm this week and wagered that former ministers who did not make the cut in the new cabinet would resign from parliament. My bet was not esoteric but was informed by cold logic.

Former communications minister Nomvula Mokonyane had fired the first shot when she cited her bereavement as a reason she wouldn't be available to honour the deployment to serve in the sixth parliament.

The public was brutal in their assessment of the resignations. These cadres, they said, had wallowed in clover when they were cabinet ministers but could not stomach their demotion to the parliamentary backbenches.

Tito Mboweni has basically told municipalities that they are wasting money on unnecessary things like catering, alcohol, credit cards and consultants. https://t.co/IOUu0YikcY

There is also the matter of the substantial ministerial pension benefits they would forfeit if they remained ordinary MPs.

If I was in their shoes, I would also not have hesitated to cut loose and safeguard my pension. Who would want to sit in that beer hall called Parliament after years of being driven around by bodyguards and being flown around the world at no cost?

After serving as minister for 25 years, I bet Jeff Radebe has forgotten how to put the key in the ignition, or on which side the petrol tank is.

Imagine waking up the following morning and your driver is not waiting to open the door for you. Where does one even start? How do you even install the Uber app?

At more than R2-million a year, a cabinet minister also earns twice as much as an MP. Having your salary slashed by half must be a shock to the psyche.

Those who resigned were slated for being unpatriotic because the ANC's mantra has always been to serve wherever you are deployed.

The assumption is that politicians have altruistic motives to serve the public.

I played in the Presidential Golf Challenge since its inception to date..! Im told its Planning Committee has decreed that no none will be invited this time around unless one pays or sponsors a four ball for 100k..! Some of us are pioneers of this golf challenge..Yet today we out

Bathabile Dlamini confirmed in an interview that, as a single parent, her pension benefits would come in handy to keep the home fires burning.

Personally, I would not have lasted a day longer in parliament after finance minister Tito Mboweni introduced cost-cutting measures such as no free booze at government events.

Conferences, like parliamentary sittings, are mind-numbing talk-shop exercises that require copious amounts of alcohol to reset the brain. More alcohol is precisely what the people need to cope in these turbulent economic times.

Mboweni removed a low-hanging incentive to remain in public service when he struck down straight and two beers from the perks of office.

On Phuza Thursday, after I won the bet that all former ministers would fall, I proceeded to the counter and ordered a round for everyone in my pub with the spoils.

Even the losers patted me on the back for being a good sport.