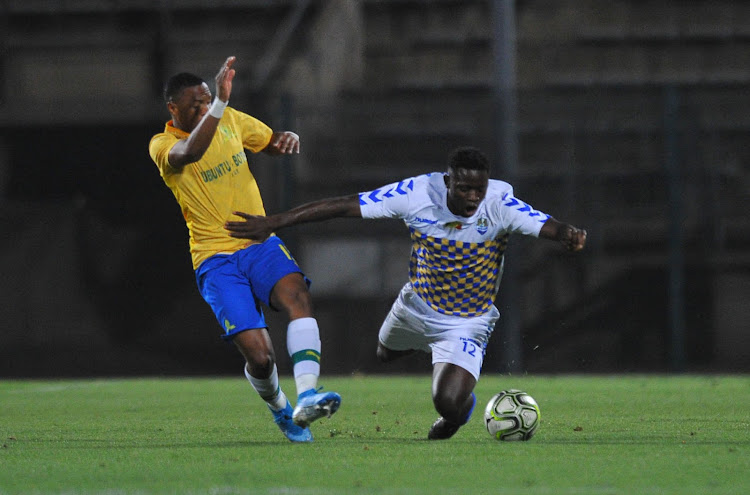 Andile Jali has given his coach Pitso Mosimane a good selection headache ahead Mamelodi Sundowns' Absa Premiership clash against Bloemfontein Celtic at the Dr Petrus Molemela Stadium in Wednesday night.

"Rivaldo Coetzee kept the position right‚ passed well and showed that he is at a good level. “He (Jali) needs to take this performance as a motivation going forward because competition is really tough.

"We kept Tiyani Mabunda out‚ not because he is not playing well but because I believe that Andile deserved a run.

"I also owe Oupa (Manyisa) a run because he is the one who hasn’t got game time and he must get a chance to play.

"I told the players that the cake is too big and they must share the load because the season is a long one.” Looking ahead to the Celtic encounter‚ where they will be looking to get back to winning ways following two successive 1-1 draws in the league against Chippa United and Cape Town City‚ Mosimane is expecting a tough game. “This league has become different because anyone can beat anyone‚" he said.

"You can’t go and say that you are going to win in Bloemfontein‚ it is not easy out there.

"Highlands Park beat Orlando Pirates but they went to Thohoyandou and the score was different.

"Chippa got a point from us but they went to Arrows and it was a different story.

"The football is unbelievable but it's the way it is.

"I am just happy that we won against SuperSport United and they are out of the way.”