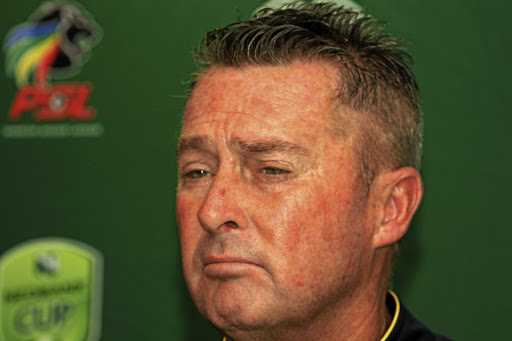 Uthongathi coach Johnny Ferreira is crossing his fingers that they'll finally play their maiden game of the season this weekend.

While other teams have already played two matches in the new GladAfrica Championship, Uthongathi are yet to kick-start their campaign.

Owing to the club management's squabble over the sale and the ownership of the club, the Premier Soccer League (PSL) postponed the Cane Cutters' games against Real Kings and Tshakhuma Tsha Madzivhandila.

The disarray is believed to have been sparked by the late chairman Nicholas Mkhize's wife's decision to sell the club to Shauwn Mpisane, the co-owner of fellow second-tier side Royal Eagles.

A source close to the developments told Sowetan a number of Uthongathi top officials are against the decision of cashing in on the club - hence they have taken Mkhize's wife, who's only known as Mrs Mkhize, to court.

While Mrs Mkhize couldn't be reached for comment as her phone was constantly off, Ferreira sounded hopeful that the issue will be put to bed before the weekend.

'The standard is going to go up'
Sport
3 years ago

The Uthongathi coach couldn't be further drawn into the club's off-field chaos, insisting he knows nothing, adding that they always train as normal.

PSL acting chief executive Mato Madlala could not be reached for comment yesterday.

Meanwhile, Shauwn is said to be buying Uthongathi as a result of her bitter divorce with S'bu Mpisane.

The famous KwaZulu-Natal couple are going through a separation and are allegedly fighting over the ownership of Eagles.

Just like Uthongathi, Eagles have not played a match this season.