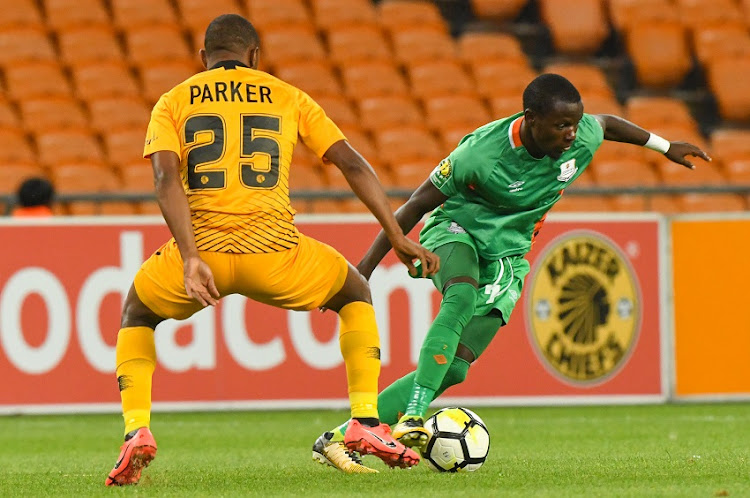 It appears that Kaizer Chiefs and Mamelodi Sundowns will be making a rare trip to the East African country of Tanzania to bolster their squads.

Tanzanian Premier League has not always been appealing for local top-flight sides, with very few players from there coming over to play in SA.

In the 1990s, John Ntenze played for Free State Stars while his nephew Mrisho Ngassa also played for Ea Lla Koto in 2016. Ngassa only lasted a season at Stars. Tanzanian defender Abdi Banda is currently plying his trade with Baroka after having joined from giants Simba in 2017.

It seems many more players will be coming down south soon. Kaizer Chiefs are targeting some international players after signing Zambia international Lazarous Kambole.

Kotei was one of Simba's key players as they reached the quarterfinals of this year's CAF Champions League, before losing to TP Mazembe.

He played 10 matches and 90 minutes in nine of them, while he came off in the 85th minute in the other one. Chiefs football manager Bobby Motaung has apparently already made contact with the Simba management.

Also keeping his eye on the Tanzanian league is Sundowns coach Pitso Mosimane. "Jingles" is thought to be keen on 18-year-old striker Habibu Kyombo at Singida United.

Singida once confirmed that Kyombo was on trial with the Brazilians.

Meanwhile, Simba have denied reports that their captain John Bocco could be joining Polokwane City.

Simba released a statement confirming that the 30-year-old striker signed a two-year contract extension this week.

A Zesco United official has confirmed that a deal for striker Lazarous Kambole is “almost done” amid speculation that the in-demand forward will sign ...
Sport
2 years ago

Kaizer Motaung is traumatised and is working around the clock to turn around the situation at his club.
Sport
2 years ago
Next Article