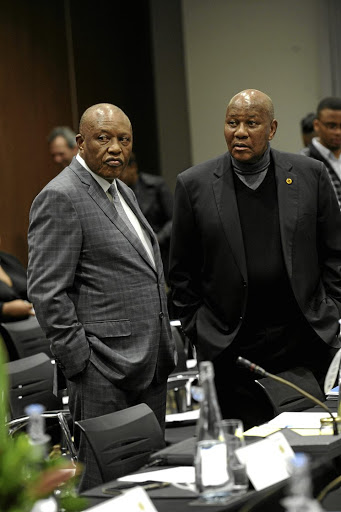 Kaizer Motaung is traumatised and is working around the clock to turn around the situation at his club.

Kaizer Chiefs have now gone four seasons without a trophy and the low point for Motaung was watching the once cup kings of SA football losing to National First Division outfit, TS Galaxy, in the Nedbank Cup final in Durban this month.

He has rejected suggestions that he's taken a back seat these days and assured the Amakhosi faithful that there are big changes on the way in the next three weeks.

"I'm still traumatised right now [about the defeat in the final]. I'm still trying to recover," admitted Motaung, who was speaking to the media in Centurion, Pretoria, where the Premier Soccer League argued its case over sports broadcasting services.

"We are going through the process now and whatever development takes place, we would be able to let you know in the next three weeks."

Sowetan has learnt that there could be possibly more than 10 players heading to the exit door. The technical team would remain as is with Ernst Middendorp as the head coach, but Motaung was not prepared to speculate.

"We need to review the whole set-up in the company and having done that, you would be able to come back and say, 'this is what we are planning in terms of every structure'.

"We would be able to give you those details," he added.

The Chiefs boss, meanwhile, rejected the notion that football manager Bobby Motaung is solely responsible for the buying of players, saying this was a collective process at the club, just like with other elements relating to the club.

Chiefs, meanwhile, announced yesterday they would not be renewing the contract of striker Ryan Moon, whose deal expires on June 30.

"Good luck and thank you for your service, Ryan," Chiefs tweeted.

Kaizer Chiefs boss Kaizer Motaung has admitted that his club's embarrassing defeat to lower tier side TS Galaxy in the final of the Nedbank Cup in ...
Sport
3 years ago

Kaizer Chiefs assistant coach Shaun Bartlett has revealed that the technical team has been hard at work on a recruitment drive for new players.
Sport
3 years ago

Willard Katsande has admitted that Kaizer Chiefs’ supporters have a right to be angry and to criticise the team and their players for a woeful ...
Sport
3 years ago
Next Article