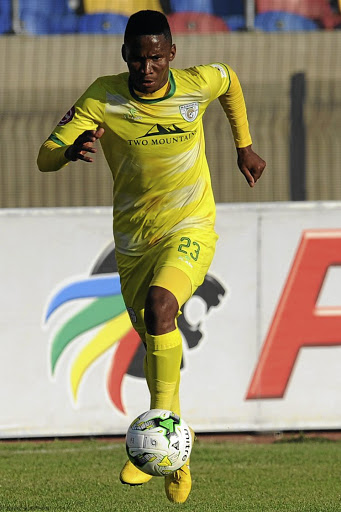 Former Baroka attacking midfielder Mpho Kgaswane has dismissed claims that he was sacrificed to make space among their foreign quota, insisting he asked Bakgaga to terminate his contract because of minimal game time.

Kgaswane had joined Baroka from club Gaborone United in his native Botswana on a two-and-a-half-year contract in January 2017. He was one of Bakgaga's influential players last term, featuring in 27 league matches and scoring four goals in his maiden season in SA.

Prior to his contract termination, Kgaswane had started only seven of 13 matches he played in this season, managing one goal for the relegation-threatened club.

While it is believed that Baroka released Kgaswane to clear space on their roster of feign players to accommodate Zimbabwean-born striker Rodwell Chinyengetere, the Botswana international insists he wanted to leave the Limpopo-based side.

"I was not sacrificed for anything, but it was my decision to leave Baroka. I spoke with the club's management and asked them to terminate my contract because I was not getting enough minutes on the field of play. I was happy because they did not try to persuade me to stay," said Kgaswane.

Baroka's other foreigners are Talent Chawapiwa and Elvis Chipezeze (both Zimbabwe), Onkabetse Makgantai (Botswana), and Abdi Banda (Tanzania). Namibian midfielder Ananias Gebhardt is naturalised, while Davies Nkausu is registered as a local.

While the 24-year-old right-winger is still in SA searching for a new club, he does not rule out a move away from the PSL.