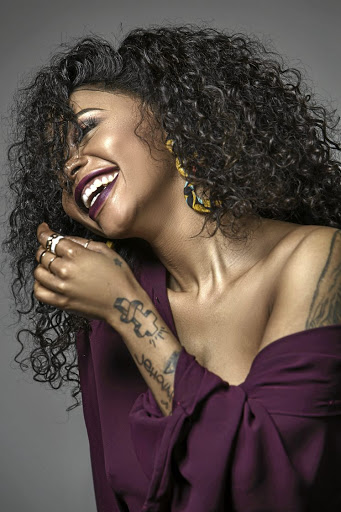 Hatred and insults hurled at musician Kelly Khumalo, over the lack of progress in the case of Senzo Meyiwa, are a classic case of how society still uses women as scapegoats for all that goes wrong.

Once again, social media went into a frenzy of renewed attacks on Khumalo early this week after the publication of a Sunday World story headlined: "Meyiwa arrests imminent".

The newspaper reported that three famous people and a police officer would be apprehended for defeating the ends of justice in connection with Khumalo's former lover's murder case. And it added that another well-known person would also be held for his murder.

The piece quoted sources within the justice and security cluster, who said the investigating team had approached the National Prosecuting Authority to authorise warrants of arrests.

Even though the article did not name those facing arrests, one did not need to be a rocket scientist to figure out who were the celebrities around Meyiwa when he died.

Kelly Khumalo releases fiery statement after #SenzoMeyiwa 'arrests': I will fight till my last breath

"The only thing I'm guilty of is falling in love with a dishonest married man," Kelly said
News
2 years ago

The former Bafana Bafana and Orlando Pirates goalkeeper was shot at Khumalo's family home in Vosloorus in October 2014.

At the time of the incident, there were seven people in the house, among them was Khumalo, her sister Zandi, her mother Ntombi, Senzo's friends Tumelo and Mthoko, and Longwe Twala.

As the story was shared, Khumalo soon began trending on Twitter, some users attacking her for the case that has not been solved, while others defended her.

We are all sad that four years after Meyiwa was killed nobody has been arrested. But the attacks on the woman he was dating are cruel and unfair. It is not her job to investigate cases and corroborate evidence, but that of the police.

They have so far failed to crack the case, and what does the public do? They go for the easy target - Khumalo - because she's a woman.

Meyiwa's childhood friend was also at that house at the time of the shooting, but nobody is demanding answers from him of what happened that fateful night.

Three well-known personalities and a top cop are allegedly facing imminent arrest for defeating the ends of justice in the murder case of the late ...
News
2 years ago

Do you know why that is the case? It is so because he is a man. In our society, men are barely blamed for wrongdoing. This is a practice that dates back many, many years.

In our society, a woman is at fault if her boyfriend or husband physically abuses her. It is normal to hear things like, "what did she do to provoke him? or why doesn't she leave him?"

This is the same society that applauds a man who sleeps around and calls him "the man", but turn around and shame a woman for doing the same thing and call her a "s**t" because women are not allowed to own or show their sexuality.

In most of our communities, when a man dies, it does not matter how, his wife or partner killed him.

Khumalo has endured this cruel treatment for the past four years. People see nothing wrong in warning men seen with her against dating her as "they would die like Senzo did".

Have you ever sat and thought how this makes her feel? She lost somebody she loved, who was also her daughter's father.

Khumalo is a mother of two, so when you pitch up with banners bullying her at events she is paid to perform at, what do you want her to do? Stay at home until Meyiwa's killers are found and convicted?

Direct your anger at the police for failing to solve the case, and leave this young mother alone.

She has suffered enough publicly with your murder accusations without evidence.

If the police find evidence that implicates her in Meyiwa's case, the justice system will handle it.

Leave her to carry on with her normal life and raise her children in peace.

The clock is ticking for police minister Bheki Cele to deliver on his promise to catch Senzo Meyiwa's killers.
News
2 years ago
Next Article