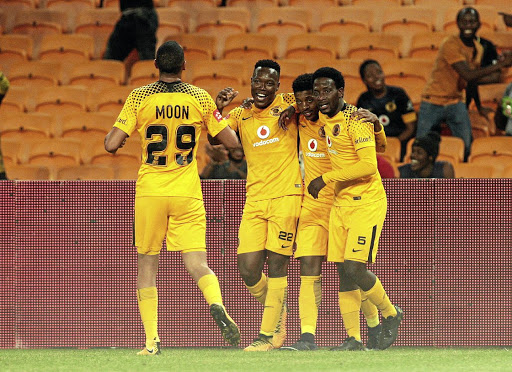 Kaizer Chiefs are set to make wholesale changes after finishing outside the top eight and without a trophy.

Amakhosi, embarrassingly, missed out on the top eight as they settled for ninth spot after a poor season and also, they lost in the Nedbank Cup final to NFD outfit TS Galaxy.

In a statement to their supporters, the club's management acknowledged that they let down all those associated with the brand.

"We have let ourselves down and we know we have bitterly disappointed and failed to meet the expectations of our supporters and stakeholders," read their statement.

"It has been four barren seasons now and as Kaizer Chiefs management we will do all we possibly can to remedy the situation and to act decisively."

Sowetan has learnt that more than 10 players could be off-loaded in what is a bid to get rid of the deadwood and bring in fresh blood.

This will add to the five that are already gone - Bhongolwethu Jayiya, Hendrick Ekstein, Virgil Vries, Gustavo Paez and Khotso Malope.

Based on what our sources tell us, we look at those that are most likely to be given the boot.

The midfielder's agent Jazzman Mahlakgane has apparently been informed that the club has no intention to keep Ntshangase, who joined the club 17 months ago from Baroka.

The 26-year-old started the season well with six straight league games of 90 minutes, but went to feature in just a total of 14, as he was in and out of the squad.

Sowetan has also been reliably informed that the left-footed player's name has come up amongst those that will be getting the axe soon.

It's been a difficult stay for the former Maritzburg United player, with game time hard to come by at Amakhosi.

The 23-year-old left-back is yet to make his debut since his arrival last year from ABC Motsepe League (ABC) side Buya Msuthu.

Kaizer Chiefs have apparently been looking at sending him on loan considering his struggles. It also doesn't help his cause because Amakhosi have Siphosakhe Ntiya-Ntiya and Happy Mashiane in his position.

The striker is another one who could be loaned out to make way for other strikers on the club's radar, like Lazarus Kambole of Zambia's Zesco United. The 22-year-old managed to play 18 games in the just concluded season, but failed to score.

Considering that Chiefs have six centre-backs, it's thought that the Cape Town-born defender could be deemed surplus to requirements. Booysen, 30, played just 11 league games all season and he's battled to convince the technical team that he's worth more time.

The centre-back's name has been mentioned a few times by those in the know that he could be let go and after his battles with injuries. He played just four league games all season. He is apparently living on borrowed time at Naturena.

The Zimbabwean could also be on the list of those heading to the exit. The 23-year-old arrived in 2017 from Chicken Inn, but has not really been able to hold down a regular starting spot in Chiefs colours.

Letlotlo, 23, showed great potential in Chiefs' MDC team, but the same cannot be said of his time with the first team. Letlotlo even tried out at Baroka, where he was on loan, but things also didn't work out.

While Chiefs are ready to wield the axe, they also have some quality youngsters who have come through to the first team. Nkosingiphile Ngcobo, Mashiane, Ntiya-Ntiya, Njabulo Blom, Itumeleng Shopane and Karabo Molefe represent Chiefs' future. The club also has the option of roping in MDC players in the form of Given Thibedi and Sizwe Twala, who finished the MDC season as the top scorer with 12 goals.

Kaizer Chiefs have posted a message on their official website assuring their supporters the great Soweto club will investigate the reasons for an ...
Sport
3 years ago

Kaizer Chiefs’ decision to bring back Ernst Middendorp to the club when the coach had previously not succeeded there shows that the Soweto giants’ ...
News
3 years ago
Next Article