Over 50 PSL players set to be part of Afcon 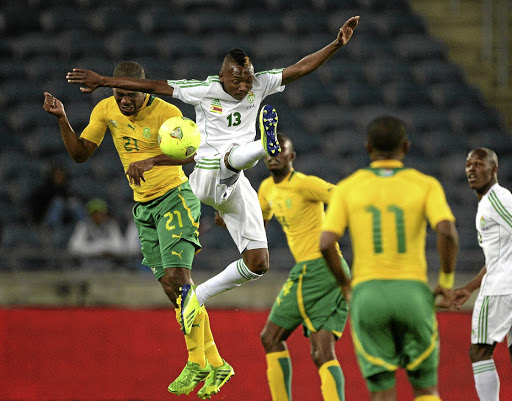 The Premier Soccer League (PSL) will be well-represented at the 2019 Africa Cup of Nations (Afcon) tournament that starts on June 21 until July 19 in Egypt.

Arguably the continent's best league, the PSL will have over 50 players competing for their respective countries in North Africa.

By the time every country's final squad is revealed, it's expected that France's Ligue 1 would be the most represented league as was seen previously in the 2017 edition when there were 57 players plying their trade in the Western European country.

For this year's tournament, there are 17 local-based players in the Bafana Bafana team, while Zimbabwe boasts 14 from SA's top-flight and some from the National First Division (NFD) in their final 23-man squad.

Uganda are expected to have Denis Onyango of Mamelodi Sundowns and Allen Kateregga, who spent the second half of the season on loan at Maritzburg United from Cape Town City.

Other PSL players likely to be in Egypt playing for their countries include Madagascan international Andriamirado "Dax" Andrianarimanana, who's in the books of Kaizer Chiefs.

Baroka defender Abdi Banda may make the final cut in the Tanzanian team, while Chippa United's Frederic Nsabiyumva would travel with Burundi.

There is a heartbreak for Kenyan defender Brian Onyango (Maritzburg United), who's out of the tournament with an injury.

In the last edition in 2017, which Bafana didn't qualify for, there were 13 PSL players at the tournament.

It's all systems go for focused Namibia

While Bafana Bafana are having travelling issues to the Afcon finals in Egypt, preparations of their neighbours and Group D opponents, Namibia, are ...
Sport
2 years ago

The fact that Bafana Bafana will go to the Africa Cup of Nations (Afcon) with only three natural strikers should be cause for concern, so says one of ...
Sport
2 years ago

Should Bafana Bafana players suffer any injuries in camp, the technical team will use the pool of players who took part in the Cosafa Cup as backup.
Sport
2 years ago
Next Article