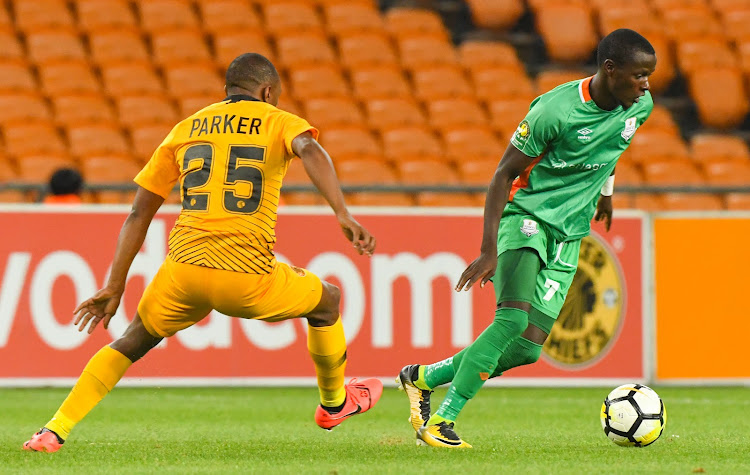 After weeks of public speculation and no word from Kaizer Chiefs' management on plans to sign Zesco FC player Lazorous Kambole to Amakhosi, the club finally confirmed the news on Tuesday.

"Kambole joins Chiefs. Kaizer Chiefs have agreed on a deal to sign Lazarous Kambole from Zesco United FC on a three-year contract," said Chiefs in a statement.

This move has been welcomed by the club's supporters who have since expressed high hopes from Kambole.

Here are three things you must know about 25-year-old Kambole:

According to Goal.com, Zambian national Kambole owes his success to clubs including Kabundi Young stars, where he started before he moved to Mindolo Young Stars in 2004, followed by Mulalo Academy and numerous other clubs. He joined Zesco United FC in 2014.

Kambole has established himself as one of the best strikers and, according to national football teams.com, he has seven international goals from 15 matches under his belt.

In January, he scored a goal for Zesco which eliminated Kaizer Chiefs from the 2018/19 Caf Confederation Cup.

He was also part of the squad that saw Zambia win against Botswana in the Cosafa match at the Moses Mabhida stadium last Wednesday.

Kambole will join the club's greats like Bernard Parker and Khama Billiat as a striker. He will make his debut on July 28 at the Carling Cup, where Amakhosi will play against their historic rivals Orlando Pirates at the FNB stadium in Johannesburg.

Zambia great Wedson Nyirenda says compatriot Lazarous Kambole could be the right man to pull Kaizer Chiefs out of their misery in the coming season.
Sport
3 years ago

A Zesco United official has confirmed that a deal for striker Lazarous Kambole is “almost done” amid speculation that the in-demand forward will sign ...
Sport
3 years ago
Next Article