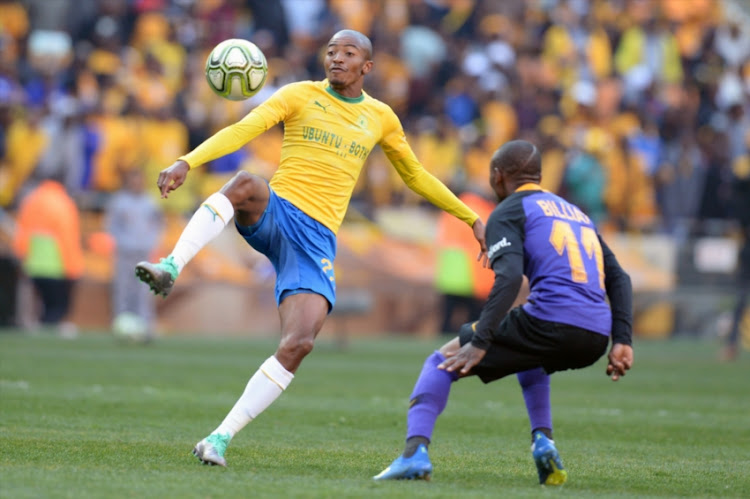 Morena does not believe his former team will allow themselves to be affected by the ongoing saga of debt-ridden Celtic owner Max Tshabalala's attempted sale of the club.

Tshabalala‚ believed to be in debt of R60-million to R70-million‚ is looking for new buyers after a deal fell through last month‚ amidst player strikes and signing-on fees not being paid.

“It’s going to be a difficult game for us. Because somewhere‚ somehow we really need the three points‚” Morena‚ the quick fullback who joined Sundowns from Celtic in August 2016‚ said.

“Celtic have also been having challenges – the ones we’ve been reading about in the newspaper. But I don’t think they will take that to the game.

“They’re just going to come motivated that they’re playing Sundowns and to give their best. So it’s going to be a very difficult team for us to play.

“We can also take points off a team near the top in this game. And it will be difficult because they also want to stay on top.

“They are a team who want to play. And the chances they get they do their all to finish. That’s the main areas they’ve been working on.

“Their centrebacks and their wingbacks like to go up. We know how good someone like Lantshene Phalane is with his distribution and going forward.

“We know their weaknesses and where we need to go to create opportunities.”

Chloorkop has become a competitive environment this season as Downs coach Pitso Mosimane has gone on a buying spree to replace outgoing stars Khama Billiat and Percy Tau with quality incomers such as Toni Sylva‚ Phakamani Mahlambi and Lebohang Maboe.

“Even in training‚ if we’re doing things like finishing and that‚ we compete amongst ourselves‚” Morena said.

“And I think that will help us sort out our problems of converting chances.

“I think the competition in training will see us raise our standard and we will deliver as time goes by.”

Sundowns are in seventh place with two wins and three draws from five matches.