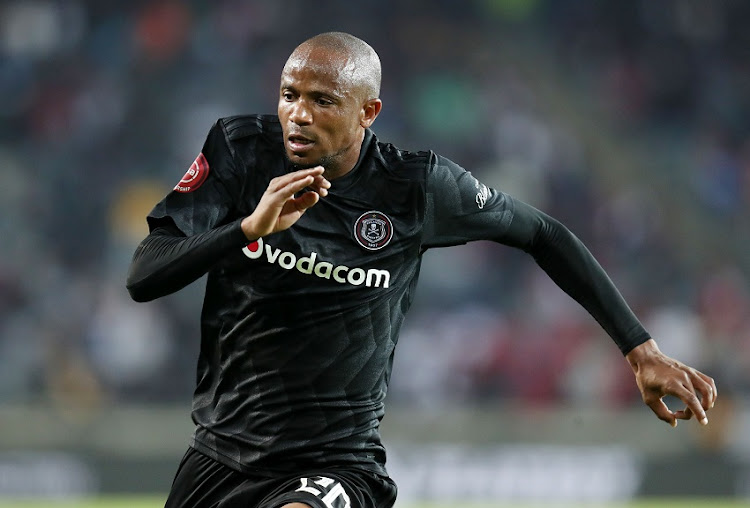 Xola Mlambo of Orlando Pirates during the Absa Premiership 2018/19 match between Orlando Pirates and Highlands Park at the Orlando Stadium, Soweto on 04 August 2018.
Image: ©Muzi Ntombela/BackpagePix

Ordinarily the islanders would be – and they still should be – an easy three points.

However Bafana have had a poor run under Stuart Baxter in competitive qualifiers in the past year‚ where they have won once in six matches – 3-1 against Burkina Faso in Johannesburg in October last year.

South Africa have had some epic chokes in that time‚ too‚ notably with back-to-back defeats against Cape Verde Islands that cost Bafana a place at the Russia 2018 World Cup.

Their last performance was unconvincing‚ drawing 0-0 at home against Libya in Durban this month in the Cameroon 2019 qualifiers.

Wins against Seychelles at FNB Stadium on October 13 and then away against the Indian Ocean islanders on October 16 will see SA on 10 points and almost qualified.

SowetanLIVE has identified five players Stuart Baxter might be – and probably is –looking at to bolster his squad from the disappointment against Libya when he announces his playing complement to meet Seychelles on Monday.

The Orlando Pirates man has been scooping up man-of-the-match awards for the Absa Premiership log leaders and earned the praise of his coach‚ Milutin Sredojevic‚ and his assistant‚ Rhulani Mokwena‚ as probably the best midfielder in the PSL right now.

Central midfield was a problem area for Bafana against Libya – where Dean Furman was highly effective cleaning up‚ but he and Kamohelo Mokotjo lacked the urgency as a pair to turn defence into attack. Mlambo’s presence can add much-needed dynamism as an option for the middle of the park for Baxter.

So too‚ could the Cape Town City central midfielder Thabo Nodada. The 23-year-old grows with each passing month at the Citizens‚ and has helped steer them to this weekend’s MTN8 semifinal against SuperSport United.

Nodada has earned praise from coach Benni McCarthy‚ and opposition players and coaches too‚ for his work-rate‚ and is capable of conjuring magic too.

Yes‚ Patosi is still a little overweight‚ though he’s been working on it. And yes‚ there remain question marks over his temperament. But there are no questions over his potential.

Patosi has the X-factor to be able to change games. If he can have a good cup final for City this weekend‚ it will be hard for Baxter to leave the deep striker out. With Keagan Dolly‚ who was outstanding against Libya‚ injured Patosi would also bring in a left-footed presence to the squad.

He has a long way to go being a complete‚ consistent player‚ but perhaps a Bafana call-up will serve as inspiration to go back to City and work harder on becoming one.

Another left-footed player who can help plug the gap on the left wing left by Dolly. Another man who has been in form for Pirates‚ without attracting the headlines quite so much as Mlambo and right-winger Vincent Pule have.

Lorch has scored twice in his last three games for Bucs‚ and his sharpness on the ball and intelligence being involved in buildups have been influential in Pirates’ climb to the top of the PSL.

Mahlambi has only had time for two games for Mamelodi Sundowns since his return in late August from a season at Al Ahly in Egypt. In that time he’s scored one fine goal in a 3-3 draw starting against AmaZulu‚ then was a substitute against Lamontville Golden Arrows for Downs as they spent last week in KwaZulu-Natal.

Despite his lack of club game time‚ Seychelles seem sure to be susceptible at the back to sheer pace‚ and Mahlambi has plenty of that. Another player who‚ like Nodada‚ can inject some youthful energy and hunger into Bafana.