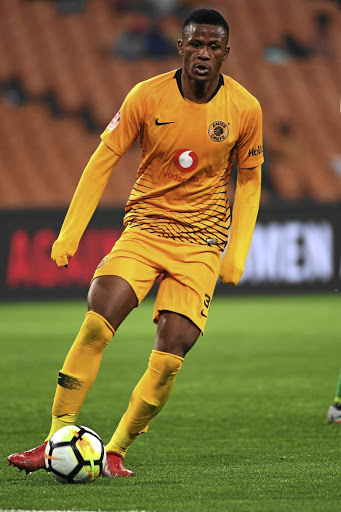 Siyabonga Ngezana of Kaizer Chiefs is one of the youngsters who has taken PSL by storm.
Image: Lee Warren / Gallo Images

The reality that the SA Under-23 coaching job is vacant and Bafana Bafana coach Stuart Baxter's rather minimal belief in young players could be detrimental to the development of players who have just graduated from the U-20.

The Briton has picked a few youngsters like Teboho Mokoena (SuperSport United, 21), Phakamani Mahlambi (Mamelodi Sundowns, 21) and Reeve Frosler (Bidvest Wits, but they have not made it to the starting eleven.

Players like Kaizer Chiefs defender Siyabonga Ngezana, Bloem Celtic striker Tshegofatso Mabasa and Maritzburg United's tricky winger Keletso Makgalwa, who are all 21, among others, have taken the new Absa Premiership season by storm.

Nevertheless, neither of them made it into the last Bafana squad that played Libya in the Africa Cup of Nations qualifier earlier this month. The U-23's two-year inaction on international stage may blight these players' progress.

The U-23 team has been without a coach for 12 months now after Owen Da Gama's departure. Da Gama had inspired this national side to the Rio Olympics two years ago, where they played their last match to date, which was a 1-1 stalemate against Iraq in the group stages as they failed to advance to the knockout phase.

Not having the coach means this semi-senior national team would not have enough time to prepare for the CAF U-23 Championships qualifiers in December to determine eight nations who will battle it out at the finals in Egypt late next year. The top three countries will represent the continent at the 2020 Tokyo Olympics.

SA football Association (Safa) spokesperson Dominic Chimhavi says the reason they've taken this long to replace Da Gama was that the U-23 team is not "a permanent team" because they mainly play in the Olympics after four years.

"The U-23 is normally an inactive squad they are not a permanent team. It's only put together for the Olympics. We do not hire a full-time coach for this assignment. We usually choose between our U-17 or U-20 coaches. even the senior team's assistant [can coach the U-23s], just like Da Gama did.''

"The intention is to move Molefi Ntseki from U-17 to U-23 and look at the possibility of having a new U-17 coach."

Matthew Booth, who was part of the U-23 team that's famous for beating Brazil 3-1 in the 2000 Olympics in Sydney, has emphasised the importance of the U-23 team for players to easily graduate to Bafana.

"The U-23 must be more active. It's one of the most important national teams for players to grow and get ready to play for Bafana,'' said Booth.