Will Baxter include Pirates midfielder Mlambo in the Bafana squad to face Seychelles? 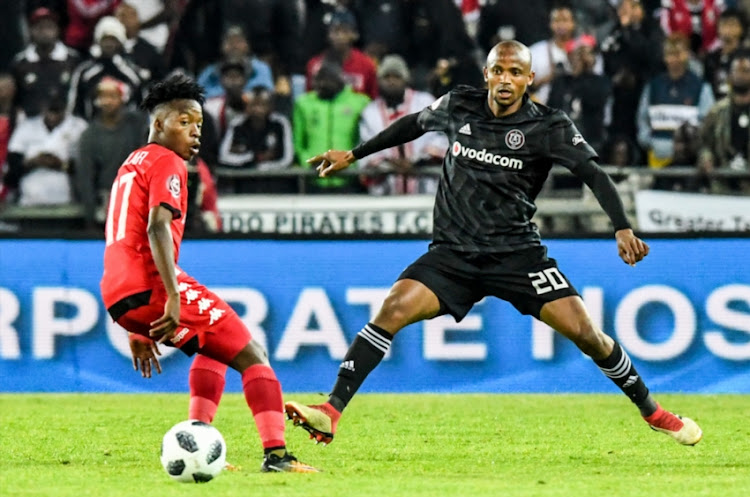 Bafana Bafana coach Stuart Baxter is unlikely to bow down to pressure and include Orlando Pirates midfielder Xola Mlambo from his squad to face Seychelles in the back-to-back 2019 Africa Cup of Nations qualifiers this month.

Baxter will announce the squad on Monday.

The first match against the Islanders takes place on October 13 at FNB Stadium and will be followed by the away leg three days later at Stade Linite.

The 27-year old Mlambo has been one of the star performers for the Buccaneers during their promising start to the season where they are sitting top of the Absa Premiership standings after eight matches.

But Baxter is believed to be put off by the playmaker’s age.

Mlambo‚ who is fighting for a position in the national team with the likes of Kamohelo Mokotjo‚ Teboho Mokoena‚ Dean Furman‚ Hlompho Kekana‚ Tiyani Mabunda and Themba Zwane‚ is likely to be excluded but his team-mates Vincent Pule‚ Innocent Maela and possibly Thabo Qalinge are in the running.

Instead of calling up Mlambo‚ Baxter is believed to be in favour of giving opportunities to Siphesihle Ndlovu of Maritzburg United‚ who was part of the squad for the match against Libya‚ and Lebohang Maboe of Mamelodi Sundowns.

Bafana will be without the influential midfield duo of Keagan Dolly and Bongani Zungu as they are nursing injuries.

Baxter will have to be creative with his combinations against the less fancied Seychelles.

But the Briton is not expected to tinker too much with the team that drew with Libya at home as he goes for consistency.

He will have to find a replacement for Dolly in midfield though.

Itumeleng Khune remains the undisputed number one between the sticks‚ Thulani Hlatshwayo will marshal the defence with Buhle Mkhwanazi.

Mokotjo‚ Vilakazi and Furman will take care of things in the midfield while Percy Tau will lead the line.

The other tough decision that Baxter must make is whether he continues with his son‚ Lee‚ as goalkeeper coach or revert back to Andre Arendse of SuperSport United who is now available after missing the match due to family reasons.

The decision by Baxter‚ which was supported by Safa‚ to appoint his son as goalkeeper coach against Libya drew widespread criticism from the public but he defended it by saying he was qualified to do the job he does at Kaizer Chiefs.