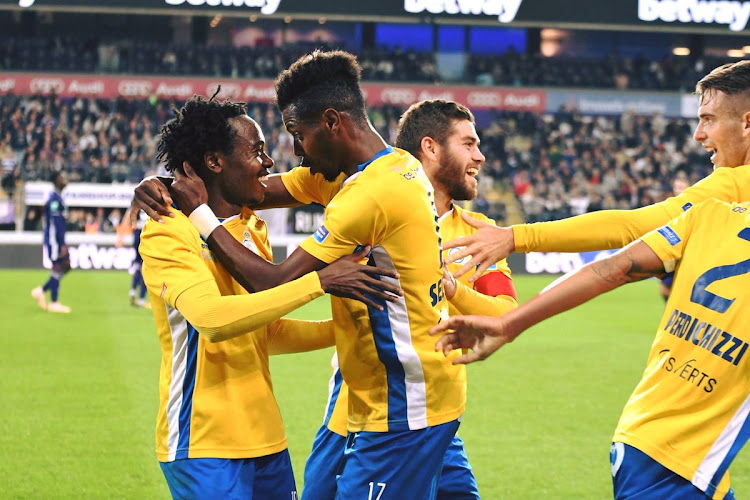 Percy Tau’s good form in Belgium this season continued as he helped his second-tier club to a stunning cup upset at top side Anderlecht on Thursday night.

The Bafana Bafana international played no small role as he somewhat spectacularly set up the first goal in what was a lively performance as Royale Union Saint-Gilloise won 3-0 away for a famous victory.

Tau tested the Anderlecht keeper early and then laid on the opening goal for French-Malian striker Youssouf Niakaté following a quick counterattack‚ with the latter going on to net a hat-trick.

From an Anderlecht corner Tau won the ball deep in his own half on the left off midfielder Pieter Gerkens.

Gerkens recovered to chase the former Mamelodi Sundowns star down but Tau shrugged him off again‚ advanced into Anderlecht’s half and laid off the perfect pass through to Niakaté‚ who ran through and finished to make it 1-0.

The result was extra special as the fixture was an eagerly-awaited local derby between a side battling to make it back to the top tier and their ‘big brother’ Anderlecht‚ who are one of the most successful clubs in the country’s history.

It is the biggest win in St Gilloise’s recent history and another valuable contribution from Tau‚ who has already scored in the competition this season and has been in good form since his loan move from Brighton & Hove Albion at the start of the campaign.

Next up for him is an away trip to OH Leuven on Sunday‚ and then a home clash against Kurt Abrahams’s Westerlo a week later before he will return to South Africa for the African Nations Cup qualifiers home and away against Seychelles.