Entrepreneur driven round the bend at auction 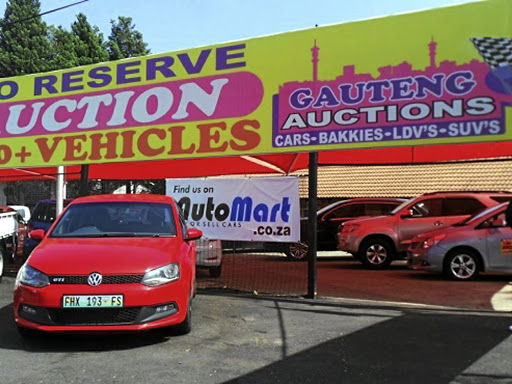 Khazamula Maboko believed that buying four cars from Gauteng Auctioneers and reselling them would generate good profits, instead the transaction generated nothing but frustration.

Khazamula Maboko scored it big when he bought four cars for R457 000 in August.

Maboko, 57, of Roodepoort, said he had wanted to buy good cars to resell for a profit when he visited Gauteng Auctioneers in Fourways. But the plan backfired, he said.

Before the auction day, he attended a viewing and saw two Audis, a Renault and a VW Polo he fancied, he said.

A day later, he paid his deposit and successfully bid for the four cars and paid their full purchase fee, he said.

Maboko now has two of the cars and has not received papers to show ownership.

His problem started when he told Gauteng Auctioneers director Nazir Mohammed he did not have enough space at his home to park his lot. Four days later, he signed a consignment letter asking Mohammed to resell the cars, to which he verbally agreed.

"But somehow I got a call from Ricky of Gauteng Auctioneers, who said I must collect my cars as they were all ready for collection," he said.

Ombudsman orders mineworker's loans of R200 000 to be written off.
Opinion
3 years ago

Upon arrival, Maboko was told the other two cars had been sent to another auctioneer in Pretoria to be sold. He got the two cars, but no papers were delivered, he said.

"It's been almost two months since I was promised the papers in a week's time," Maboko said.

When Maboko called Ricky early last week, he was told Mohammed was overseas and he could only get the car papers when he returned.

On September 1, Maboko was told the cars had been sold and his money would be transferred into his account within 10 days.

This too never happened, he said. When he tried to follow up, he received no response, he said.

Ricky said the cars had not been sold, while Mohammed said they were sold and he had given Maboko a credit note.

"Maboko told us he is a car dealer and promised to buy more cars from us so I gave him a credit note," Mohammed said.

He agreed to refund his money within 14 days. "He must send us an e-mail to request it and we will pay it back after expiry of 14 days," Mohammed said.

Maboko was grateful he would finally be refunded his R210 000 after six weeks of frustration.

Be careful when shopping online

Consumers can be conned easily.
Opinion
3 years ago
Next Article