No payment if the driver is in danger 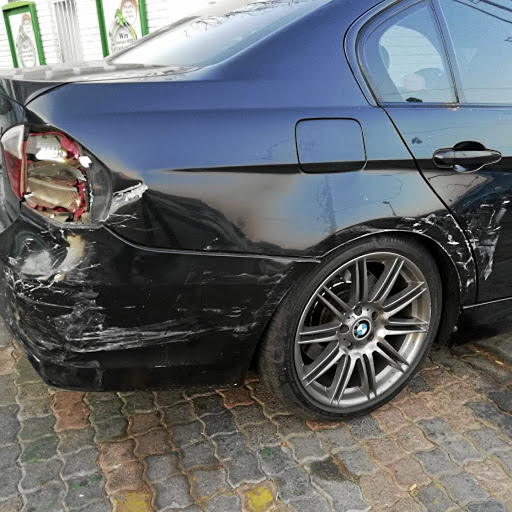 Tinyiko Ngobeni's car was hit from behind by a victim of car hijacking and the third-party insurance rejected her claim.

Did you know that when a motorist damages your property in an emergency such as a hijacking his or her insurance can repudiate your claim as their client was faced with sudden emergency?

In the case of Samson vs Winn the court decided that where a motorist is placed in a situation of imminent danger he or she cannot be expected to react, in the agony of moment, with the same degree of judgment and skill as could be expected of them in normal circumstances when he or she has time to weigh pros and cons of the situation.

But this was not the case when an Auto & General client damaged Tinyiko Ngobeni's car in August.

Ngobeni, 31, of KwaThema, Springs, said on August 24 while she was driving from her doctor she used Smit Street in central Johannesburg, in order to go onto Albertina Sisulu Street.

At the robots of Smit and Nugget streets an Auto & General client, whose name is known to Consumer Line, bumped into her vehicle and the car of another motorist that was on her right.

She told the Auto & General client to stay there as they should not move from the accident scene until the police had arrived. However, the wrongdoer decided to reverse his car, further damaging hers and then he sped off Ngobeni said.

"I got back into my car, chased him down Joe Slovo and Sontonga streets and blocked him with my car."

The offender wanted her to follow him home to discuss what happened, but Ngobeni refused, she said.

They later agreed to discuss the incident at a filling station nearby. "While making the turn to drive into the garage he bashed into me again, leaving me angry and frustrated."

When he got into the garage, she and the other lady that he had bumped into tried to get his car keys so that he could not make another attempt to escape. They got his insurance details and later lodged a claim, which Auto & General rejected on the grounds that their client acted instinctively and involuntarily when he was faced with a sudden emergency, she said.

Ngobeni said for the first incident their rejection would be understandable, but the second and the third damages were intentional.

Auto & General reversed its decision after Consumer Line stepped in. Jolene Chait said at the time of the accident their customer was faced with a sudden emergency to avoid a hijacking. She said it was determined that their customer, in accordance with the relevant case law, was not legally liable for the damages caused to Ngobeni's vehicle.

However, they have reviewed the matter, and a business decision has been made to compensate her for damages caused to her vehicle in this incident, Chait said.

Ngobeni has confirmed that Auto & General contacted her to make the necessary arrangements to have her vehicle damages assessed in order to finalise her claim.

Gran can't get social grants.
Opinion
3 years ago
Next Article