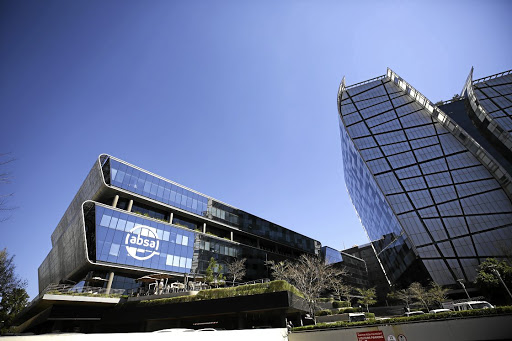 The excuse that customers compromised their personal identification number can no longer hold as Absa accounts are hacked while frozen.

Meanwhile the bank also doesn't have insurance for cyber fraud.

Over the past four weeks following Sowetan's publication of the story of Jeremiah Ngcobo, whose bank account was cleaned out within two hours while he was flying to Eastern Cape, Absa has refunded about R170000 to clients who were the victims of the similar circumstances.

Ofentse Ramarumo's bank account was cleaned out within an hour on August 27 after his cellphone number was ported without his authorisation, he said.

He took a loan of R50000 which was deposited into his Absa account on August 24th.

Ramarumo, 35, subsequently received a notification stating that he had applied for a sim swap, and if not he had to call the number provided which he did, only to be told there was nothing wrong with his cellphone.

He later noticed that he got no notifications after making purchases at Maponya Mall, he said.

This prompted him to drive to Cell C at Mall of Africa as it closes late only to discover that a sim swap was done in KwaZulu-Natal.

He later drove to the OR Tambo International branch of Absa to have his account closed, as he was advised to do a walk-in visit if he wanted to have it closed.

Ramarumo's last withdrawal at the airport was of an amount of R1500 and he was happy that all appeared to be in order, he said.

A day later he called Cell C to re-activate his sim card and was referred to Mall of Africa where he got a new sim.

As soon as it was re-activated his cell number was ported and his R55000 used within an hour with eight purchases of clothing worth R25000 at The Foschini Group (TFG) online customer service portal.

Absa only refunded him R5000 of the R55 000 which was stolen and he was aggrieved after all his efforts to save his money.

Absa bank did not respond to Sowetan when asked if the bank took legal action against their internal fraudsters or only attached the amounts found in their accounts.

However, Absa called Ramarumo on Friday to apologise for all the inconvenience the bank had caused him and agreed to refund his R50 000.

Zanele Sekhame was refunded her money in full after Sowetan stepped in.

Sekhame's account was hacked in June and her R10300 was transferred to a Capitec account three hours after she asked the bank to block her account, she said.

Sekhame's handbag was stolen from her while she was at Northgate Mall, Johannesburg, and she immediately alerted Absa.

Upon taking up the matter with Absa, she was only refunded R164 the bank found in the fraudster's account, Sekhame said.

When buying a second-hand car, ensure you get a roadworthy certificate or have it tested by the AA.
Opinion
3 years ago
Next Article