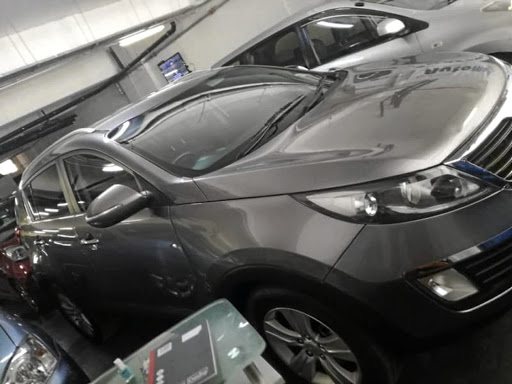 Malebo Rammekoa of Soweto is having sleepless nights after being sold what she claims to be a defective car that has tampered mileage.
Image: SUPPLIED

When buying a second-hand car, ensure you get a roadworthy certificate or have it tested by the AA as this could save you a lot of money.

Women first-time car buyers are the hardest hit as they do not know what to look out for during a test drive.

Malebo Rammekoa, 28, of Pimville in Soweto, says she's the victim of being a second-hand car buyer.

The mother of one said she's having sleepless nights after she was sold a defective car with tempered mileage after the dealership has refused to exchange it or refund her money.

Client only gets refund of R19k.
Opinion
3 years ago

However, Consumer Line saw the vehicle's service history that Rammekoa got from Kia Ormonde, which shows the car had clocked 90000km on December 20 2017.

She was assisted by Marvellous Ojuma who owns Eagle Cars, which operates from 183 Commissioner Street in Johannesburg, she said.

It had no spare keys, a service book or a roadworthy certificate, Rammekoa said.

She said signs that it was not roadworthy started showing three days after taking delivery as it failed to start when she tried to drive it on July 13.

The battery in the car looked new and the explanation Ojuma gave her was that it was flat because the car had been parked for a long time, she said.

"He then gave me the battery from the car that he was driving and took the one from my car and left," she said.

Her worst experience was when she was driving on a gravel road in Mahikeng, North West, and the car mysteriously slowed down.

She noticed smoke coming out of the bonnet.

"Its bumper fell off when it was being towed away."

She later learned from Kia Ormonde that the airconditioner pipes were exposed and that the car was previously damage and it might have been written off.

She said the dealership showed her that the car's kilometre readings were tempered with as it had clocked 90 000km in December.

Taking videos of no use to victims
Opinion
3 years ago

"The Motor Industry Ombudsman of SA in Pretoria advised me that the dealership is liable for any damage caused within the first six months of purchasing a car and they can either repair, replace or refund the customer, but the dealership wants me to pay for the repairs," she said.

Rammekoa said Kia Ormonde demanded that she pay R15 000 to get the engine fixed because she might have damaged it when driving on the gravel road without water.

"Naturally, I check oil and water when I fill up petrol in the car, so the accusations have no foundation," she said.

Ojuma told Consumer Line he was not to blame for the damage to the car.

He said if he had contributed to the damage on her car, he would gladly repair it.

Ojuma blamed the petrol attendant for not ensuring that the radiator cap was properly closed, which resulted in the water leak.

When asked about its service history record, Ojuma claimed Rammekoa had verified the kilometre readings with Kia. "It's impossible to talk about this sensitive issue on the phone," he said before hanging up.