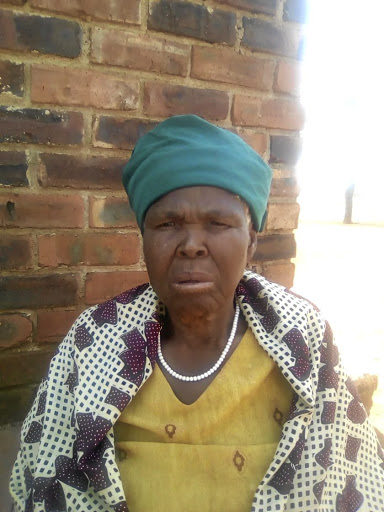 Annie Malapela can't assist her three grandchildren acquire social grants because she does not have their mother's death certificate.

Lizzy Poppy Malapela was found dead on the streets of Dennilton, Limpopo, in October last year and her body was later traced to a government mortuary.

Her mother Annie has not received her daughter's death certificate to enable her to apply for a government grant for her children, who are still of school-going age.

When they eventually traced her body to the government mortuary, Malapela approached Mhluzi Funerals to deal with the funeral arrangements, as she had bought funeral cover from them.

"To this day, the family has not received the death certificate and the department of home affairs cannot assist as no death notice was registered," said David Kgomo, who is assisting the family.

He said the department's officials told them they needed to get documents in the possession of Mhluzi Funerals.

"We were told that we needed to get a certificate of the cause of death from a doctor, then the funeral undertaker has to complete a certain section on the form before they could register a notice of death."

Kgomo has accused the director of Mhluzi, known only as Skhosana, of being the stumbling block.

"We were lucky because we did not need a death certificate to secure her grave at the cemetery," Kgomo said.

He said Mhluzi did not have a coffin to fit Lizzy's corpse and they asked for an extra R1000 for a bigger coffin.

"He asked for an extra R1000 and I accidentally transferred R2000 but we still have not received the death certificate," he said.

Malapela said the local municipality required the death certificate in order to assist the children with social services, as did the schools they attend.

"I want to get this fixed before I die," said Malapela.

Skhosana, who would not disclose his first name, said he could not register a notice of death because the Malapelas had refused to co-operate.

He said Annie did not give him her identity document and that of the deceased.

"They owe me. I gave them a casket instead of the one specified in their chosen plan."

Skhosana said he had asked them for an extra R6000 but they paid him only R2000.

He said this was not why he had not assisted them and undertook to get the death certificate by Thursday.

Skhosana said he would go out of his way and fetch Malapela from her home so he could take her to home affairs to obtain her daughter's death certificate.

"Just get me her contact numbers so I can make that arrangement," said an irritated Skhosana.

David Hlabane, the media manager of the department of home affairs, said it was vital to get a registered a notice of death. He said no burial should take place unless notice of the death has been given and a prescribed burial order has been issued.