Be careful when shopping online 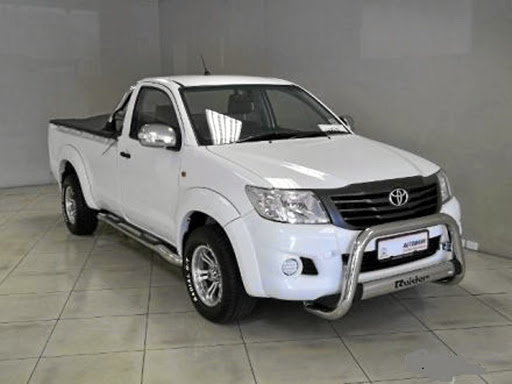 A bakkie similar to the one Sihle Mabaso wanted from Frendeline Motors.
Image: SUPPLIED

Buying second hand goods is the most problematic sale on its own and worst still if it is online as the buyer can only rely on the image posted.

This is not because the seller cannot issue a warranty to have the car fixed within six months if there is a defect, but also because there is no certainly as to the legal transfer of ownership of its physical delivery.

Sihle Mabaso, 30, of Buckman Road in Hammarsdale wanted to buy a bakkie to convey his big family to and from church but ended up R10 000 poorer and still walks to church.

He said his credit rating was low and was always turned down each time he approached motor dealers in his neighbourhood when he decided to shop online.

He came across Frendeline Motors where he left his details to be contacted.

Mabaso said he was later called by a man who introduced himself as Sphesihle, his salesperson for the vehicle he wanted to buy.

"The added incentive was that I was allowed to negotiate repayment amount and it's duration without having to go to management for approval," Mabaso said.

He was told his vehicle could be delivered at One Auto logistics which was their branch in Durban.

Mabaso said since August 1, he has been battling to get Frendeline Motors to deliver the car as agreed.

"Each time I called they would promise to call me back but never did," he said.

Consumer Line's investigation showed that the address given to Mabaso belongs to Vereeniging Auto Electronics and Air Conditions and other appliances and not Frendeline Motors.

Though Sphesihle acknowledged knowing Mabaso, he denied ever selling him a car. He later said Consumer Line had dialled a wrong number and hung up. A lady at their Durban branch confirmed they were selling cars and take deliveries from Frendeline Motors but were busy to respond to Mabaso's inquiry and did not have an e-mail address to receive Consumer Line's formal inquiry.

Both branches have since ignored Sowetan's telephone calls thereafter.

Consumer Line will make a follow-up on Mabaso's matter.