‘In a split second I noticed he was gone’: Mom 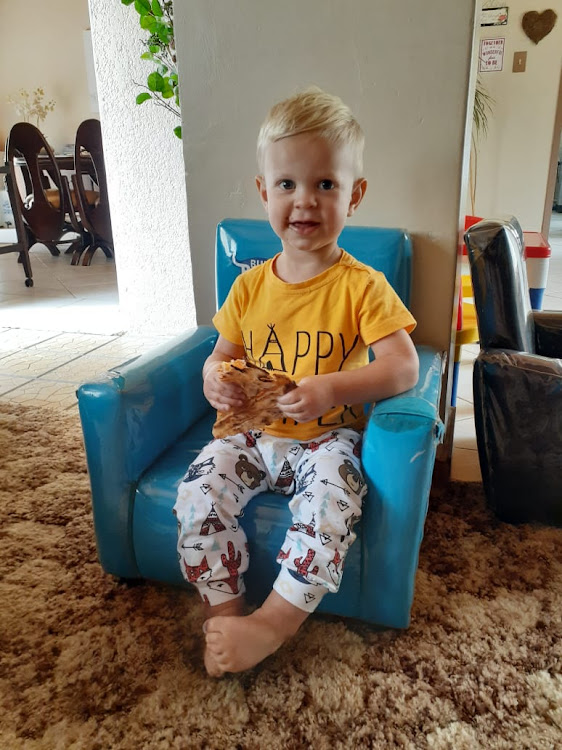 Daniel Kerswell was injured in a freak accident after his father bumped him with his vehicle at their home on Sunday.
Image: Supplied

Behind a brave little boy in a nappy fighting for his life in hospital after being accidentally hit by his father’s SUV is a distraught family praying for his recovery.

Daniel Kerswell, who is almost two years old, from Ermelo in Mpumalanga, is being treated for broken collar and hip bones in a state hospital in Pretoria.

He was injured in a freak accident after being struck by his father’s SUV while reversing out of the garage at home on Sunday.

Moments before the accident, his mother Danelle was preparing breakfast for Daniel and his brother Aydin.

“The father of one of my husband’s friends died on Saturday so he wanted to go and pay his condolences to him. He greeted the boys and told them he will be back shortly.

“We are always very careful when we pull the cars out of the garage to make sure the kids are fine and safe. My eldest son [Aydin] ran outside to go say goodbye to his father, like he always does, and Daniel must have followed him because in a split second I noticed he was gone.

A plastic bucket and spade lay next to the toddler’s body.

“He was unconscious and didn’t breathe. I picked him up and put him in the car and we rushed him to Mediclinic [Ermelo],” she said. 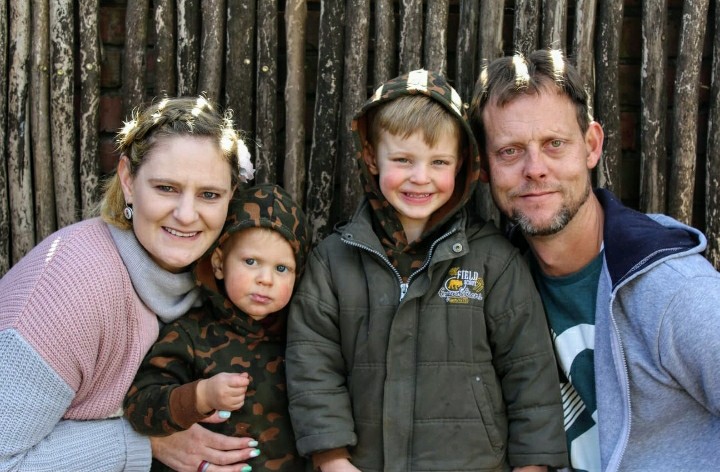 On the way to hospital Aydin repeatedly asked: “Mommy, is my brother dead?”

“How do you explain this to a four-year-old?” she asked.

His father rubbed his chest, performed CPR and said a prayer for the child to wake up.

“He started gaining conscious and began breathing on his own.”

On arrival at Mediclinic, Daniel was stabilised and underwent several scans that revealed he had broken collar and hip bones. One lung had collapsed.

“They put in a tube to help him breathe properly, but he sustained no internal injuries or brain damage,” she said.

Due to the family not having medical aid, Daniel was stabilised and transferred to Steve Biko Academic Hospital in Pretoria in the early hours on Monday.

“He was placed on a ventilator to help his lungs recover when we arrived at Steve Biko.”

Kerswell said Daniel was in a stable condition and getting better each day. 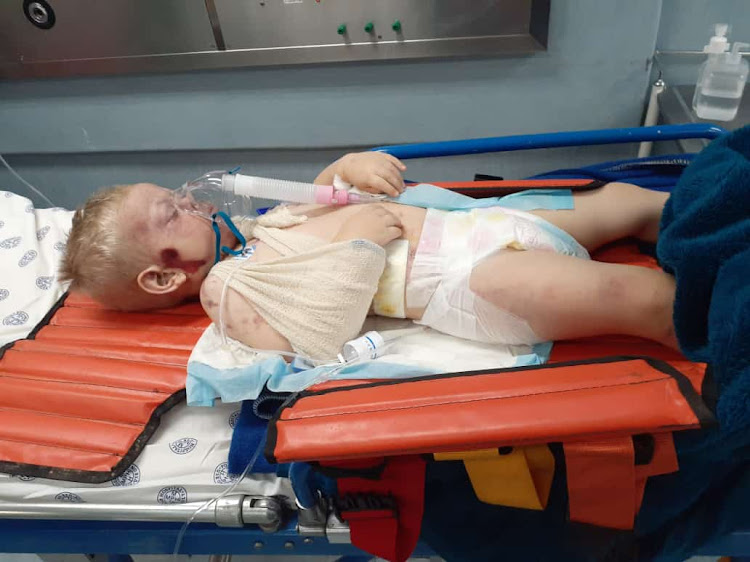 Daniel on his way to hospital.
Image: Supplied

“They want to slowly start waking him up today [Wednesday] and see how his breathing is without the ventilator. They will then decide whether to take him off the ventilator.”

The family hopes Daniel recovers before his second birthday on Sunday.

“I don’t blame him for it at all. We are always so careful and this could have happened to anyone. I wish I could take his pain away. I feel so helpless and it breaks my heart to see him like that.

“His face is blue and he is not looking good at all, but every day gets a bit better. We love him very much and he must get better.”