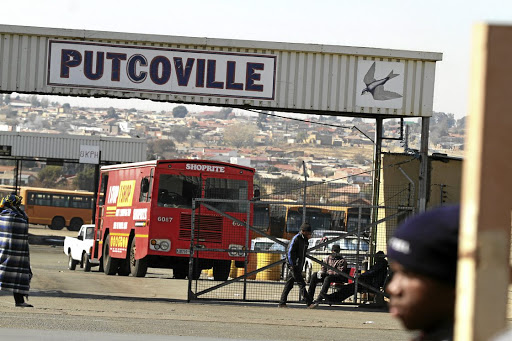 A Public Utility Transport Corporation (Putco) depot in Dobsonville, Soweto, where one of the company's employees died on duty.
Image: Supplied

A 61-year-old man has died at the Dobsonville depot in Soweto after he was run over by a Putco bus driver while he was fixing the vehicle.

Ben Makgwale, a mechanic at the depot, died on the scene in the early hours of Wednesday.

This was confirmed by Putco spokesperson Matlakala Motloung.

“It is unfortunate. In a freak accident, one of our employees reversed the bus whilst the deceased, who was a mechanic, was under the bus working on it,” said Motloung.

Motloung said the incident took place before 5am.

“Makgwale was driving the bus to the workshop this morning to have it fixed. When he heard it making a funny noise, he decided to stop it right there in the middle of the depot, go underneath and check what the problem was.

"Someone then came and saw the bus in the middle of the depot, thinking it was left there and then got in the bus to drive it back where it should be. That's when Makgwale was driven over. Regrettably he died on the scene. The police were on the scene and busy with investigations,” said Motloung.

She said trauma counselling was organised for all affected employees.

“Putco sends its deepest condolences to the family and friends of the late Ntate Ben Makgwale,”  Motloung said.

South African bus companies are under siege with many operating at a loss facing possible closure due to the impact of the covid-19 pandemic.
News
1 year ago

The National Union of Mineworkers SA has welcomed the decision taken by bus company Putco to halt the retrenchment of more than 200 employees.
News
1 year ago
Next Article