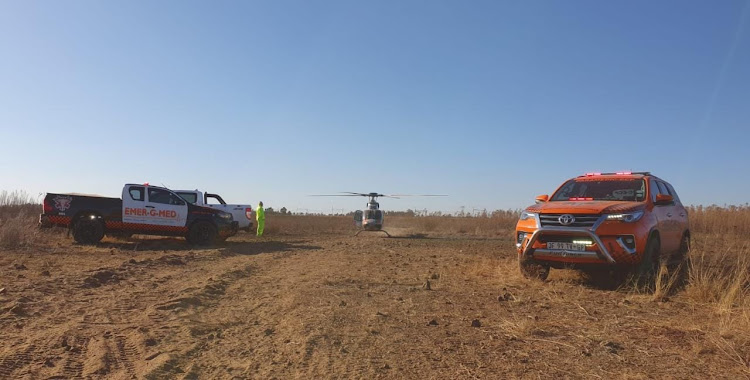 A 50-year-old motocross rider is fighting for his life after suffering spinal cord injuries during a freak accident at a popular track in Bronkhorstspruit, east of Pretoria.

A spokesperson for Emer-G-Med paramedics, Kyle van Reenen, said paramedics arrived on the scene to find that the man had been ejected over his handlebars.

“Advanced life support intervention was needed to stabilise him before he was airlifted to a nearby hospital for immediate definitive care,” said Van Reenen.

Meanwhile, a 49-year-old woman also suffered critical injuries in a motorcycle crash on the M7 near Queensburgh in KwaZulu-Natal.

Van Reenen said paramedics arrived on the scene to find that a motorcycle had lost control on the M7 near the Bellville Road area.

“Two occupants, a male and female, were found to have suffered serious injuries.”

Van Reenen said advanced life support intervention was needed to stabilise them on the scene.

“And the assistance of an aeromedical helicopter was called for to airlift the female to a specialist facility, while the man was transported rapidly by ambulance to a nearby hospital for further care,” Van Reenen said.

Five young adults were seriously injured when the car they were travelling in collided with a tree in Mondeor, south of Johannesburg, on Saturday ...
News
1 year ago

A rescue operation was conducted in Hammanskraal, north of Pretoria, on Monday morning to help a construction worker who fell into a trench that he ...
News
1 year ago
Next Article