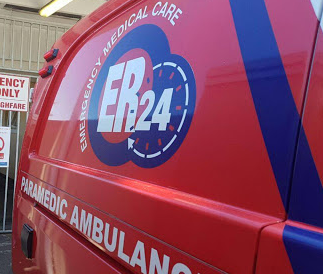 An alleged illegal miner had both his legs amputated by a digger in the City Deep area of Johannesburg on Sunday morning, paramedics said.

“The 35-year-old man apparently fell unseen into the hole they were digging with heavy machinery. The digger continued, amputating both legs, one below the knee and the other just above the knee,” said ER24 spokesman Ross Campbell.

He said ER24 paramedics and the provincial services had arrived on the scene at 10am to find the man still in the hole.

“A scoop was used to extract him before tourniquets were applied to both limbs and the patient taken straight to Chris Hani Baragwanath Hospital for emergency treatment.”

An Mpumalanga taxi driver who was involved in an accident that left 13 pupils he was transporting to school injured on Thursday morning, was ...
News
3 years ago
Next Article