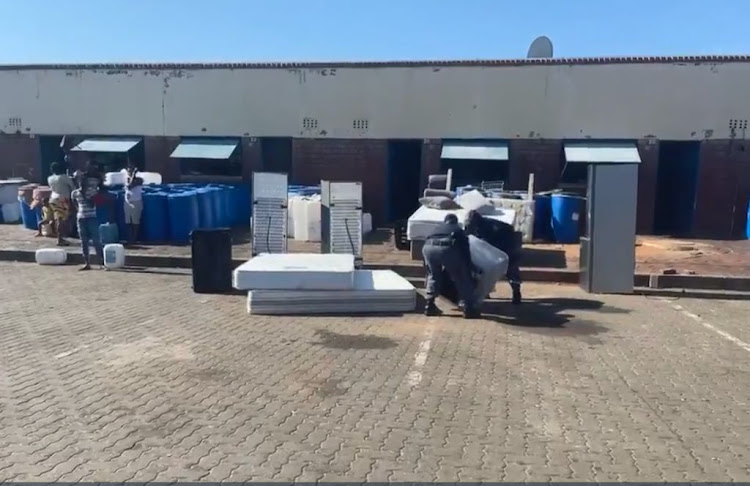 Police recovered thousands of rands worth of looted goods, including beds, electronic appliances and mag wheels, in and around Durban on Monday
Image: Lirandzu Themba

On Monday police recovered thousands of rands worth of items stolen from warehouses and retail stores in Durban during widespread looting in KwaZulu-Natal last week.

Police minister Bheki Cele, who was scheduled to visit Pietermaritzburg and malls in Durban, was delayed as police acted on tip-offs from community members on the whereabouts of stolen property in areas in and around the Durban CBD.

[MUST WATCH] While @SAPoliceService act on tip offs from community members on the whereabouts of stolen property in some areas in and around the Durban CBD, some residents here are heeding @GovernmentZA call to voluntarily surrender the stolen goods. #ProtectSA #RebuildSA pic.twitter.com/syPTnU34OM