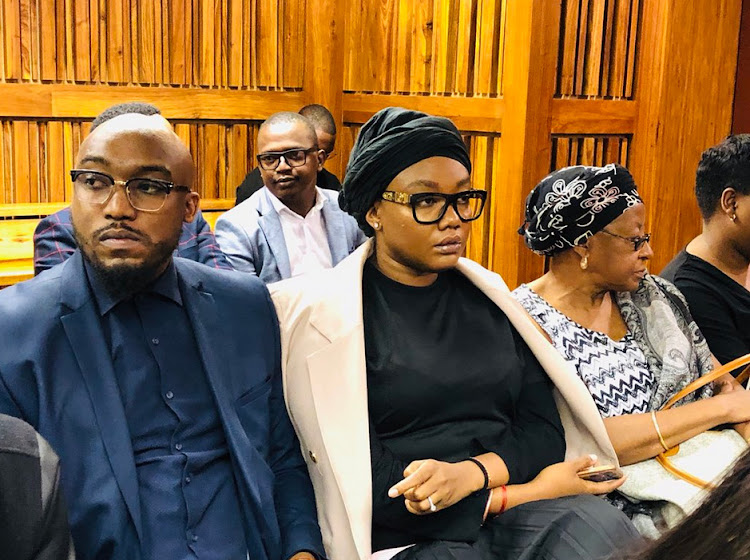 Ladies and gentlemen, the judgment of Judge Ratha Mokgoatlheng in respect of the matter between Sengadi and the Tsambo Family at the Johannesburg High Court last week is disappointing, wrong and completely illogical.

Mokgoatlheng has been a judge for close to 20 years having started at the Labour Court. He is a very experienced judge and as such we expect high standards from him.

In 2017, I represented a very close friend of mine in a customary marriage case. His partner sought a declaratory order to say she was his customary wife.

He paid R7000 in 2007 to the family of the mother of his three children, who is originally from Bethlehem in the eastern Free State.

I won the case as the family of his partner did not hand her over to his family in Tzaneen.

On October 25 2018, I won a decision against my former partner's attempt to declare our relationship of 10 years a customary marriage.

In 2016 I advised her and her mother that she was not my customary wife as she was not handed over to my family in Tzaneen. They ignored my sound legal advice with far-reaching consequences.

Before the decision of Matlapeng AJ, in Motsoatsoa vs Roro case of 2007, our high courts were not sure on how to apply the Recognition of Customary Marriages Act.

The act has three requirements for a valid marriage:

(1) consent by the parties;

(2) that lobolo must be negotiated and agreed to; and

(3) that marriage must be celebrated according to customs of the parties.

As far as point (2) above is concerned, the only requirement is negotiation and agreement on payment of lobolo (the prospective groom need not pay the whole lobolo before the prospective bride is handed over to his family).

In fact, even if the prospective groom does not pay a cent to the family of the bride, this requirement is fulfilled by the agreement to pay an agreed amount of lobolo.

Point (3) created difficulties in interpretation by our high courts. Some decisions were to the effect that mere payment of lobolo constituted such a celebration, whereas others referred to handover of the bride. The decision of Motsoatsoa vs Roro settled these different interpretations finally.

HHP's baby mama Lerato Khanye said her son Leano has been traumatised by a break-in at his late father's house.
News
3 years ago

In the judgment, Matlapeng AJ explained the proper meaning of celebration according to the custom of the parties as follows: the handover of the woman to the family of the man is the most fundamental and decisive aspect of customary marriage.

The decision of Motsoatsoa vs Roro was supported by the full bench of the North Gauteng High Court in Pretoria.

In another matter of Mxiki vs Mbatha, the decision of Motsoatsoa vs Roro was finally given a stamp of approval by the Supreme Court of Appeal (SCA).

The SCA confirmed in the case of Moropane vs Southon that the decisive and most fundamental step in determining the validity of a customary marriage is the handover of the bride to the family of the groom.

Therefore, in the case of Sengadi vs the Tsambos, the case of Moropane vs Southon was completely misinterpreted by judge Mokgoatlheng.

The manner in which this matter was handled has resulted in the serious miscarriage of justice to disadvantage the Tsambo family.

- Seneke is a practising advocate.