So much wrong in customary marriage law needs to be fixed 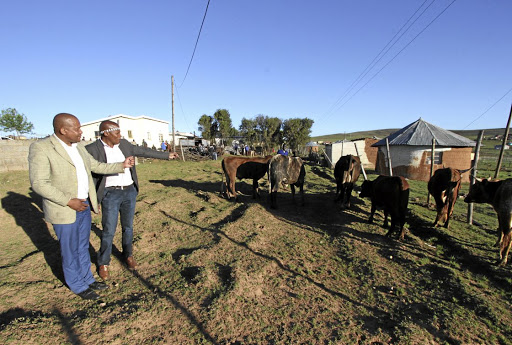 My mother and aunts were literally glued to the screen during the broadcasting of Lerato Sengadi's urgent application to be recognised as Jabba's lawful customary wife and for his remains to be returned to her.

There wasn't much debate, my mother and my aunts were resolute that no marriage took place. At some point when counsel was making oral submissions, my mother proclaimed: "Let us see the kist!"

This is because, in terms of custom of the Batswana, a married woman receives a kist as a gift from her family to take to her matrimonial home, signifying that she is married.

My family were resolute that custom had to be observed in order to conclude a marriage, and that they too would reject Sengadi in a heartbeat.

Another major factor for the women was that ilobolo was not even paid in full, meaning to them that the negotiations had not even been concluded.

The women were resolute, Sengadi was no bride, but a fiancée. And so when the judge made his order, my entire family was shocked.

My mother said in disappointment that customary law was being distorted and I realised that we need more clarity regarding the legalities of customary marriages.

As far as detailing what the legal requirements of a successful customary marriage are in terms of the Recognition of Customary Marriage Act (RCMA), the court was correct. The Act requires that parties must be above the age of 18 years and must consent.

Lerato Sengadi has taken over the matrimonial home that she was banned from last week.
News
3 years ago

My family was horrified, they said both ilobolo in full and celebrations should be a requisite, in terms of custom. But the act does not in fact state that ilobolo must be paid in full, and there is not much detail about what constitutes a celebration in accordance with customary law.

It's a question of legal interpretation, hence the courts have held different views.

The legislation is laudable, but the RCMA doesn't make sense.

A customary marriage "may only be dissolved by a court by a decree of divorce on the ground of the irretrievable breakdown of the marriage", according to the Act.

Since when if indeed it is African custom that ilobolo negotiations and payment concludes a valid marriage. But fundamentally, is section 3(1)(b) in line with customary law, which the RCMA defines as "the customs and usages traditionally observed among the indigenous African peoples of SA and which form part of the culture of those peoples".

Women need to wake up and fight for their rights, like Sengadi did.
Opinion
3 years ago

We should be concerned about the validity of this section and hope Robert Tsambo takes the matter up further, for all our sakes and for the preservation of African custom. I personally do not believe that the court was capable of making a just order regarding the validity of the pair's marriage in an urgent application.

I have written previously that customary law is stagnant and undeveloped. It is at the mercy of contemporary authority.

The problem does not lie with the judgment, but with section 3(1)(b).