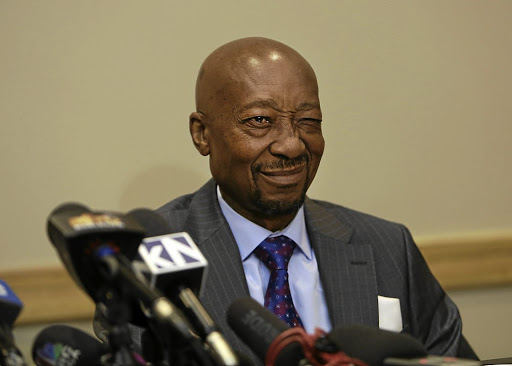 Axed Sars commissioner Tom Moyane is fighting for his reinstatement after his sacking from the position by the president.
Image: ALON SKUY

In a terse letter responding to Moyane's demand to Ramaphosa to reverse his termination of service, the state attorney stated that it had been advised that the president would not withdraw the notice to terminate Moyane's service.

Ramaphosa fired Moyane on November 1, months after the embattled former tax boss had been fighting the disciplinary process against him individually as well as the Nugent Commission of Inquiry into Sars. The inquiry is seeking to get to the bottom of some R100bn shortfall in revenue collection over the last four years, under Moyane's watch.

The president has accepted the recommendation of the Sars commission of inquiry's chair, retired judge Robert Nugent, to axe Moyane
News
3 years ago

Ramaphosa had agreed with a recommendation by retired judge Robert Nugent, chairing the Sars inquiry, to fire Moyane, whose lawyer Eric Mabuza said his legal team would continue fighting for Moyane's job.

In their letter to Ramaphosa, they indicated that they would seek to block him appointing a successor to Moyane.

"We will have to take whatever action that is necessary, to protect Mr Moyane's rights," Mabuza said.

Acting commissioner Mark Kingon will continue in the role until Ramaphosa makes a permanent appointment.

In response to this, Moyane gave Ramaphosa until Friday last week to reinstate him,
arguing that his axing was unlawful.

Tom Moyane is accusing President Cyril Ramaphosa of committing violations against the constitution.
News
3 years ago

Moyane laments being likened to a 'devil' in letter to Ramaphosa

Tom Moyane has accused retired judge Robert Nugent of being hell-bent on portraying him as "a devil".
News
3 years ago