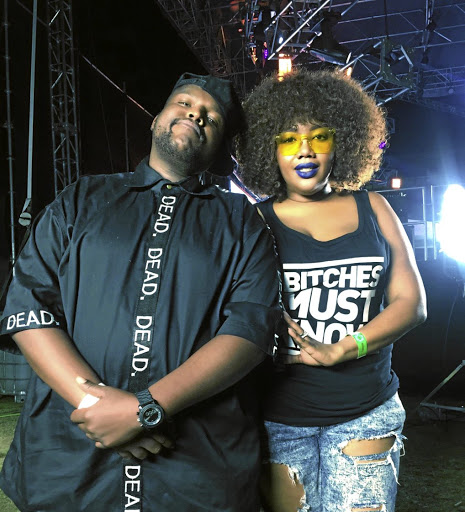 The high court has awarded HHP's house to his wife Lerato Sengadi despite them living apart.

Till death do us part is the famous vow the betrothed are made to utter before witnesses and moruti (pastor).

Fortunately or unfortunately, the journey of life does not signpost which half will depart before the other.

The recent untimely death of Hip Hop Pantsula (HHP) has thrust the thorny issue of customary marriage into the spotlight. The media coverage of his customary wife's court case has left many abo masihlalisane (live-in lovers) to ponder the fate of their earthly possessions in case of their departure.

The vat-and-sit brigade was left on tenterhooks when the court awarded Lerato Sengadi HHP's house and music despite them living apart.

Now, even those who rent and only have a wardrobe to their name are wondering what will happen to their meagre possessions should they die and leave their vat-en-sit lover behind. The payment of lobolo was one of the issues considered by the judge before ruling that indeed Sengadi was Jabba's customary wife.

Many so-called culture experts baulked that the bride had not even been handed over to her in-laws as demanded by tradition.

Speaking for myself, I am certain my collection of brown and green bottles will buy a whole case of beer. Therefore, I have decided to draft a will to ensure the empties do not fall into the wrong hands should I kick the bucket before taking them to the liquor store.

The thought of my beneficiaries fighting over those bottles has left me sober. Besides, my part-time gardener has been eyeing my stash and I can't put it past him to sell the whole lot.

Previously, I have rushed to change the TV channel when Lillian and Desmond Dube appear on my screen peddling funeral policies. However, a friend who owns a funeral parlour has assured me there is nothing to be squirmish about. Despite my close shave with the grim reaper last year, I am uncomfortable with the subject of death.

Lying in my hospital bed after waking up from a coma following my dalliance with a truck, it struck me that I nearly left chaos behind.

HHP's baby mama Lerato Khanye said her son Leano has been traumatised by a break-in at his late father's house.
News
3 years ago

With my mind drugged by morphine, my funeral played before my eyes. My family suffered the indignity of bribing a pastor to conduct my burial rites since I belonged to no church.

If only I had listened to my grandmother when she told me to go to church so I could get a decent funeral. The speakers were saying such nice things about me that if I could, I'd wake up and tell them to tone down their lies.

My huge collection of books and newspapers made a bonfire as my family finally got rid of my hoard.

As tradition dictates, my clothes were put out for relatives to pick but nobody seemed interested in picking my out-of-fashion, no-brand rags.

The only saving grace was a hugely successful "after-tears" where beer and whiskey flowed in my memory. My customary friends joked and laughed as my favourite tracks boomed from their car stereos.

To show my appreciation for the second chance, I have drafted a will to save the blushes when I depart.

My ashes would be kept in a beer bottle and no judge will argue with my testament.

Lerato Sengadi has taken over the matrimonial home that she was banned from last week.
News
3 years ago
Next Article