Local dance group on top of the hip-hop world 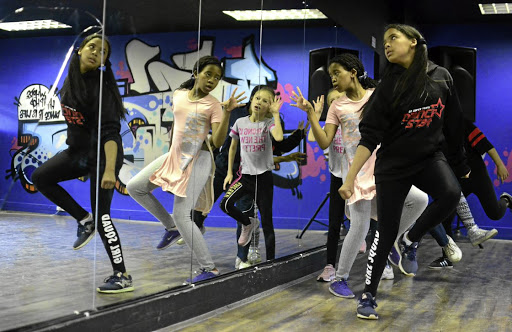 A group of young hip-hop dancers quietly raised the South African flag high at the Dance World Cup in Portugal earlier this month when they were crowned the best dancers in the world.

It was ranked as the Best Hip- Hop Street and Commercial Dance academy.

The dancers, aged between seven and 25, are mostly from Krugersdrop on the West Rand.

Gomes, 33, who kicked off his dream of running a hip-hop dance studio in 2012, says that it was one of the best achievements his company has had since its establishment.

"It finally feels like all the hard work was worth it. SA doesn't really support dance and it's almost like we have to prove that dance is something to be taken seriously.

" Maybe now the government can look at us and see that this is not just something fun because we are getting the gold medals," Gomes says.

"It wasn't just a mark for our studio but also a mark for dance to be taken seriously in South Africa."

The academy previously entered the prestigious championships in Italy in 2016, Denmark in 2017 and Germany last year.

This year, SA was ranked third overall out of 54 countries.

Turning the tide after Gugu's death

"Never in our wildest dreams did we think we would take first place," says Gomes.

It may have started off as something just for fun but now it has become a serious recreational activity.

"I think now these kids are going to consider taking this seriously as a career. It's going to open all the doors," he says.

"In SA, if you are not doing rugby, cricket or netball, then it is not seen as an active sport. On the other hand, artists think it's only singing or painting that is considered as art.

"We are literally in the middle of it all because we work as hard as sportsmen but we create dance to entertain people."

One of the dancers, Siphesihle Mayisa, 10, who joined the crew a year ago, is over the moon with his new street cred as a world champion dancer.

His parents, Thulani Sibeko and Luyanda Mayisa, are extremely proud of their kid.

"Mario is passionate about dance and that has rubbed off on the kids.

"We are really proud to be called dance parents," says Mayisa with a giggle.

The talented dancers will also be taking part in the Commonwealth Junior Hip-Hop Championship in Sun City this weekend.