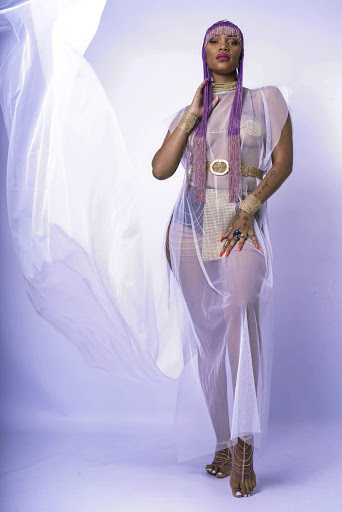 Afro-rock singer Camagwini is making her way back into music after a five-year hiatus.

Camagwini, real name Siphokazi Buti, said she quit producing music and performing to live a "normal life" after the birth of her child in 2013.

"I just went to the office and told them how I felt in the moment," she said.

"They too did not understand but respected the decision I made. They even said to me I could come back and work [with them].

"Nothing hectic or emotional happened to me, I just wanted to live a normal life."

Mantshiu said that the songwriter signed to the house-music record label last month and has been working tirelessly on Dubai.

"The reason we partnered with her is that she has tapped into this new wave sonically that resonates with our brand and there's a lot of relevance and maturity in her music content," he said.

Camagwini said that Dubai was completely different from her usual style, which featured tribal chants and a live band.

"I am a bit scared because I have been away for such a long time. A lot has changed in the music industry," she said.

Zanda paves her own way to the top

Talented singer drops single amid lots of collabs.
Lifestyle
2 years ago
Next Article