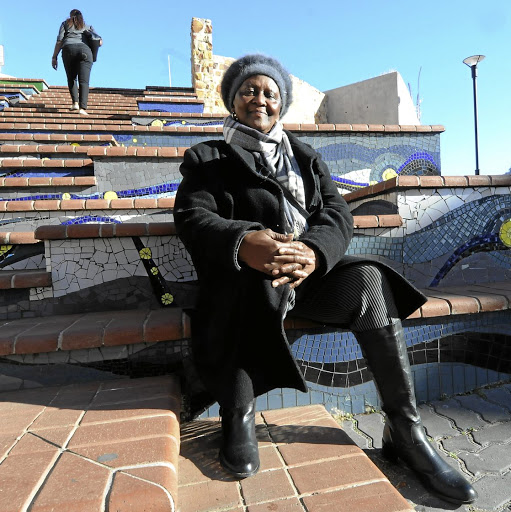 Nomhle Nkonyeni is a living legend in the performing arts industry and a mother to many.

The 77-year-old was recognised for her work by president Cyril Ramaphosa with the National Order Of Ikhamanga last month, and plans to continue with the work she has been doing for many decades.

The National Orders are the highest awards that SA bestows, through the President of the Republic, upon citizens and members of the international community who have contributed meaningfully towards making the country a free, democratic and successful nation, united in its diversity.

Nkonyeni, a woman of very few words, says: "I felt honoured, nothing else".

She also never went out of her way to get all dolled up to meet the president.

She was honoured among other legendary artists such as singer Yvonne Chaka Chaka and actress Mary Twala.

She tells Sunday World that in her town various artists had celebrated her achievement by hosting a bash in her honour.

"It was held last weekend across the road from my home, there was a big bash filled with music and dance. It was beautiful."

She has also gone globally with her craft, having shared the silver screen with Hollywood heavyweights such as Oscar-winning Tim Robbins in Catch A Fire, and playing the mother of Forrest Whitaker in the crime-thriller Zulu.

"I love and dedicate myself to my work. I do my work to the best of my ability," she says.

Nkonyeni says she had always wanted to be an actor and storyteller.

Born on April 9, 1942 in New Brighton, Port Elizabeth, to parents Tsobola and Edwin Nkonyeni, she says she started acting in 1961 when she was only 19 after being motivated by a relative.

"I was inspired by my cousin. I thought it was simple and carefree. But when I got on board I realised how tough the industry was," She says.

In 2016 she was awarded the Saftas Lifetime Achievement award.

Her contribution to the arts involves her active role in the development of young artists.

Her late daughter Thabang also followed in her mom's footsteps. But sadly, she was killed in 2009.

Nkonyeni says she is certain that Thabang would have been most proud of her.

She is also among the Living Legends Legacy Programme (LLLP), an initiative that seeks to honour the living legends of the arts, culture and heritage sector, documenting their contributions and providing opportunities for interaction, training and the imparting of skills to the younger generation of artists. The LLLP was first launched in August 2015.

When asked when she will retire - she makes it clear that it's not any time soon.

She reveals that she is working on various projects with Netflix and will return to Scandal in the first week of July.