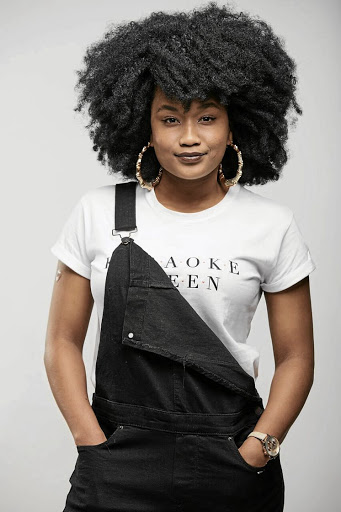 Neo-soul musician Simmy has carved out a distinctive position in the music industry with four South African Music Awards (Samas) nominations this year from her debut album.

Simmy, whose real name is Simphiwe Nhlangulela, 25, is nominated in two categories, Newcomer of the Year and Best Afro Pop Album for her debut album Tugela Fairy and has further two nods for Best Dance Album and Collaboration of the Year for her work with producer Sun El Musician.

The album's title is inspired by her home town of Tugela Ferry in Msinga, KZN. She burst into the industry through the guidance of Sun El Musician. Now she is one of the top contenders at the awards that will be held on June 1 at Sun City, North West .

The Ubala singer said she was watching the Samas nomination party online last month and got the shock of her life when her name was called up four times.

"The minute I saw my album cover on the screen, I shivered. It took a while for it to sink in," she said.

The singer started writing music in primary school and composing songs with her friends, who were also her fellow school choir mates at the time.

"Sometimes I didn't even understand the depth of the words I was putting down on paper, I just wanted to write, compose my own music and sing," she said.

Simmy couldn't have come on the scene at a better time, as a new generation takes the reins of African soul music.

Her hard-hitting songs touch on modern issues and more personal narratives speaking to life and love in the digital age.

Having grown up in a musical household, her songs on Tugela Fairy are inspired by the legendary sounds of Dolly Parton, Platform One, Brenda Fassie, Soul Brothers and Izingane Zoma.

"Being born and raised in eMsinga, but at the same time witnessing various street cultures via TV, radio and urban neighbouring areas, has shaped the way I approach my music, and has nurtured me as a person," she said.

She said she remains grounded and calm regardless of the tag "artist" under her name.

She says the win will mean a great achievement in her young career.