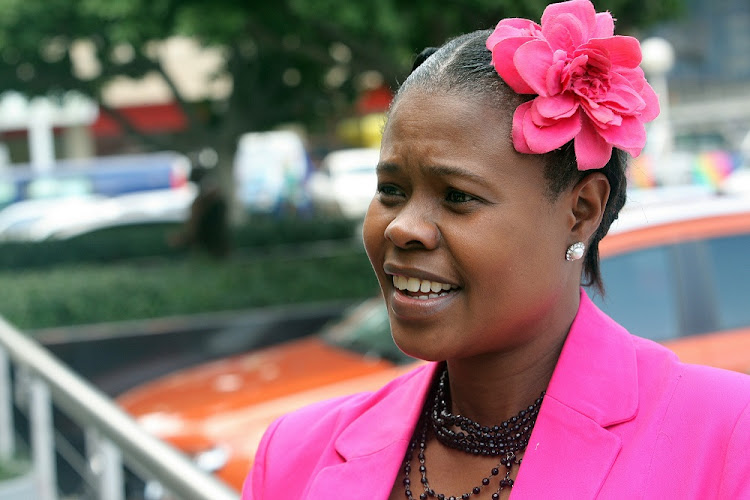 Nthati Moshesh celebrates 25 years in the entertainment industry and is also excited to turn the big 50 this August.

The award-winning actress has come full circle but says she's ready to do a full 360 degree turn again when it comes to her career.

"I will stop acting when I am 97. That's my cut off. I don't dream about producing or directing or anything else... acting is my passion. Even [if] it means going months without work, what is meant to be always comes around," she says.

Moshesh has been cast in the role of Masabatha, a cult leader on Mzansi's popular women prison drama, Lockdown.

Season 4's episode one kicked off on Monday on Mzansi Magic and had social media users ululating at Moshesh's return to the small screen.

Her character walks in at the end of the episode, blind as a bat and her neck tilted to the side, almost looking deformed.

Even the fearless character Zim Zim (played by Manaka Ranaka) runs for cover.

"I think Mandla N [the series creator] has an obsession with crazy people. If you look at the characters, none are normal. It was hectic and painful having to bend my head like that," laughs Moshesh.

She says she was thrown in the deep end because the role was initially meant for someone else who turned it down.

"It was my luck. I got the call and learnt hours before the time that the character was blind. I was in panic mode. I know nothing about blind people.

Actor, comedian launches album after years of music in the background.
Entertainment
3 years ago

"I'm a method person and prefer being prepared. But it was a welcome challenge. Being as self critical as I am, I do hope I did the role justice. It certainly was unlike anything I've ever done," she says.

She says having played everything from a man, athlete and Snow White to stereotyped soapie roles, this was by far the hardest character to walk away from.

"I realised the power that cult leaders have, how easy it is to manipulate people. You just need to tell people what they want to hear to have them eat out the palm of your hand. She is one of the darkest characters I played and breaking away was difficult.

"But because I'm a goof and an avid reader, my humour and thirst for knowledge saved me from staying in character."

In playing the character, Moshesh says she would go home and voraciously research everything relating to blindness.

Born in Katlehong on the East Rand, she says acting was always her calling and she went on to study drama at the Natal Technikon in Durban (now Durban University of Technology).

Bubbly Sibozo is made for acting

In the past 25 years, her memorable roles include dramas and soapies such as 7de Laan, Thola, Gazlam, Home Affairs and Saints and Sinners.

"Being a trained actress is important. This is why I can play virtually any part."

With three SAFTAs to her name, she says awards don't define her.

"Every role I do I take seriously - from theatre (my first love) to TV. And what's funny is that I don't watch myself afterwards. I hardly watch any TV. I consume myself with books. People who watch the shows are what matter, not awards."

For her 50th celebrations she hopes to honour her late mother's memory.

"She loved geography and history. I think I will travel to places she always dreamt and read about. It will be her 10th-year death anniversary, so instead of being sad, I will do things she didn't have time to do."