Patrice Motsepe: 'I can fully understand the unhappiness of Ahly over Morocco hosting the CCL final' 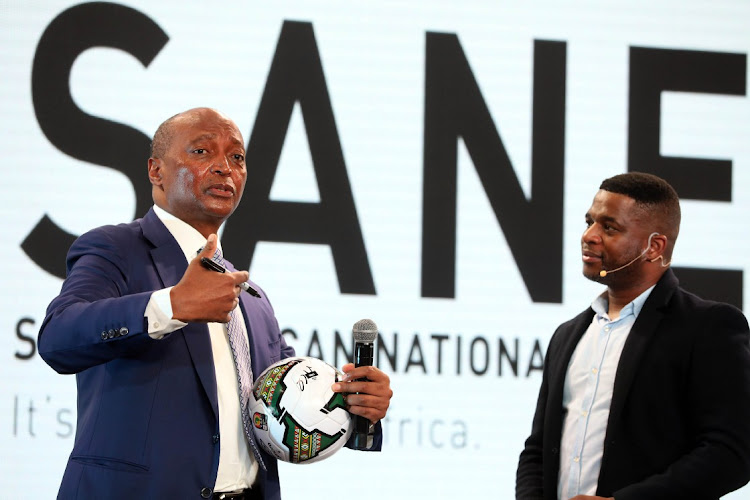 Confederation of African Football (Caf) president Patrice Motsepe has defended his organisation's decision to have so many Caf events hosted by Morocco in 2022.

Morocco were the hosts of this year's Caf Champions League final, a decision which irked many on the continent, especially Egyptian giants Al Ahly who had to play Moroccan club Wydad Athletic in last month's final.

Wydad beat Ahly 2-0 at the Mohammed V Stadium in Casablanca and former Ahly coach Pitso Mosimane blasted Caf and Motsepe for not doing enough to ensure the final was played at a neutral venue.

Morocco will also host the African Women's Cup of Nations (Awcon) and Caf Awards next month but Motsepe, speaking at the SA National Editors Forum in Parktown, Johannesburg, on Saturday, defended Caf, saying under his leadership no country will be preferred over the other on the continent.

“There are many countries who want to compete for hosting of Caf events but you can’t compete without the government support,” said Motsepe.

“At the end of the day you have two countries, Morocco and Senegal who had complied with the conditions (of being hosts for the Champions League final, but Caf said Senegal pulled out in the end).

“I privately recognised that you can't be a president of the organisation and not comply with the rules and regulations. So I’m complying with legality.

“But let me tell you, the concern from Al Ahly that they were being disadvantaged (by playing Wydad in Morocco), is a legitimate and a fair concern. The only problem I had was I cannot be a president that disregards and ignores rules and regulations and decisions that were taken.”

Former Al Ahly coach Pitso Mosimane has questioned why Gavin Hunt has been jobless for a long time after all he has achieved as a coach.
Sport
1 month ago

Motsepe promised that Caf will reverse the decision they took in 2018 to have the finals of the Champions League and Confederation Cup played over one leg in one country. A two-legged final, which has home and away legs will ensure fairness to those competing, Motsepe said.

“We’re going to fix that. This will never happen again,” he said.

While I’m president of CAF no country, no club or nation is going to enjoy preferred status

“It’s something I inherited and I could not change. The decision was taken before me. We’ll have a two-legged final because again, can you imagine the supporters of Al Ahly in Egypt and of course my favourite coach Pitso (Mosimane and former Ahly coach)?”

On Morocco being given as many events to host this year, Motsepe insisted there was nothing untoward in having Morocco handling the Caf Awards on July 21  and Awcon tournament (July 2 to July 23).

“Is everything going to Morocco? Let me tell you something: while I’m president of CAF no country, no club or nation is going to enjoy preferred status,” vowed Motsepe.

“Again the issue (on Morocco being favoured) is not what the facts are, the issue is perception. And the reason why we have the Caf Awards in Morocco is because they’re having the women’s (Awcon) in Morocco.

“The women’s competition is in Morocco and we’re inviting all of the other presidents to come there because it costs us less money because everybody is there. We’ll have an excellent Caf Awards and I do want to conclude by saying I’m very sensitive to the perception that we should not be seen to be favouring Morocco or any individual country.

“And I can assure you that when I've got all the presidents, this is the message I want to emphasise. But having said that, Morocco, more than any country in Africa, allocates and donates money for football development on the continent. And that's a fact.

“I want to conclude by saying I’m more alive now than ever before to ensure that all countries are equal, clubs are treated equally. I can fully understand the unhappiness (over Morocco hosting the Caf Champions League final) of Al Ahly president (Mahmoud Kathib) and we’ll make sure that we treat everybody equally.”