Not all PSL clubs Covid-19 compliant 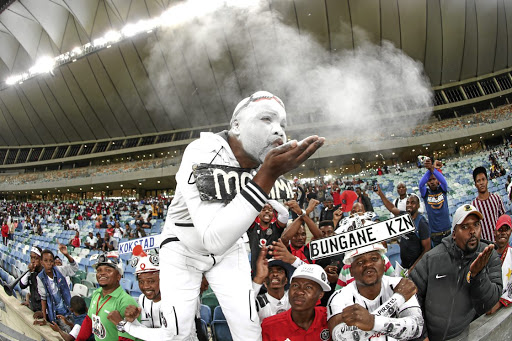 While yesterday's Premier Soccer League (PSL) board of governors (BoG) meeting couldn't agree on the exact dates of training and play resumption, KwaZulu-Natal emerged as the place where all the remaining games will be hosted, Sowetan has learnt.

Yesterday's BoG meeting deliberated on a number of issues such as the return to training and the conclusion of the current campaign. But two club representatives, who spoke to Sowetan anonymously, said no final decision was taken.

The PSL wants to make sure all its 32 (16 Premiership and 16 GladAfrica Championship) clubs meet all the stringent guidelines set out in the in the protocol document, titled "Covid-19 health and safety directive return to training 2019/20 season", before training can commence, the sources stated.

The PSL protocol document's transparency and conformity saw the sports ministry give it the thumbs up last week, giving teams the green light to restart training.

"The meeting adjourned without the final word. It emerged that many teams are not yet compliant with the protocols and procedures such as the hiring of Covid-19 compliance officers.

"The club follows strict protocols and procedures as guided by the directives of the PSL and government, therefore we are and will be prepared for ...
Sport
2 years ago

"But they hinted the government has advised that Durban is a good BSE [biological safe environment]," said one club representative, who did want to be named because they are not authorised to speak to the media on the matter.

Initially, the PSL disclosed they'd indicated to the government that they want to play all the remaining games in either Gauteng or North West. But with Gauteng's latest spike in Covid-19 cases, KZN has emerged as the most likely destination.

It's not clear why North West is shunned now.

"It looks like the government told the league that playing in Gauteng isn't safe, rather go to KZN.

"Health minister Zweli Mkhize had made it clear that in the next coming days Gauteng will overtake Western Cape as the epicenter," said another anonymous BoG member.

Should KZN eventually be chosen as the BSE, stadiums such as Moses Mabhida, Kings Park, King Zwelithini, Princess Magogo, Chatsworth and Harry Gwala will be staging the games.

The PSL has 54 games remaining in the Premiership, with 50 left in the GladAfrica Championship and three Nedbank Cup games (semifinals and final).

PSL spokesperson Luxolo September said: "Yes, the meeting adjourned. We don't have any news to share, but we'll release a statement at the right time."