PSL has a number of players who are law enforcers 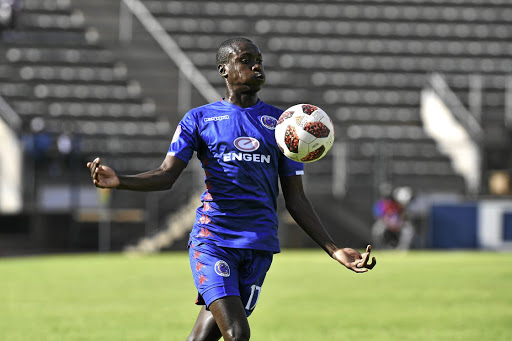 The PSL boasts a number of players from fellow southern African nations, mostly Malawi and Zambia, who have careers as law enforcers back home.

This has been happening so regularly that anyone can think it's mandatory for footballers in these countries to join police or the defence force.

The most famous of these player in the past was former Jomo Cosmos striker Chris Katongo, a military officer in the Zambian army. Recent examples include Orlando Pirates striker Justin Shonga, a policeman in Zambia, while Baroka marksman Richard Mbulu is a soldier in Malawi.

Ex-Platinum Stars Zambian striker Brian Mwila is also a soldier. But not all of Zambian and Malawian players in PSL are affiliated to the military or the police.

One such player is the budding SuperSport United utility forward Ghampani Lungu, 21.

In an exclusive interview with Sowetan, Lungu explained why he isn't affiliated to either defence or police force in Zambia. He joined SuperSport from Power Dynamos in 2018.

Manchester United have likely taken a bigger financial hit from the COVID-19 pandemic than their rivals and it is unclear what funds will be ...
Sport
2 years ago

"The reason some of my brothers [compatriots] are soldiers or policemen is that before coming here [to SA] they play for teams that belong to military forces. I never liked army teams," Lungu narrated.

"Before I joined SuperSport, there was a point where I nearly joined Green Buffaloes, an army team. I refused... such teams are for people who want to secure their futures because it's a government job."

Lungu felt joining any of the army and police affiliated teams - which include Green Eagles, Red Arrows and Nkwazi FC - would have jeopardised his growth in football.

Lungu, who can also play right-back, has played 34 games for United, scoring twice.

"I am still young. I still have a lot of years to play, so why am I going to tie myself down to having a job which I can't leave freely to further my football career? You'd find out that sometimes they decide to refuse to release you or put a massive prize tag on you," Lungu said.

"It was better that I don't tie myself down at this young age. I can do it when I am about to retire. For Shonga, he started out with Nkwazi, a police team, so he didn't have much choice."