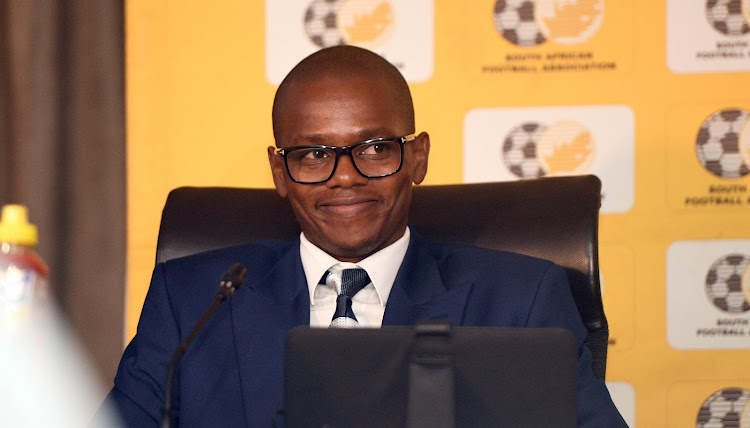 SA Football Association (Safa) chief medical officer Dr Thulani Ngwenya has explained the second stage of the plan established in conjunction with the Premier Soccer League (PSL) for a safe return to play for football in a biologically safe environment (BSE).

Ngwenya said the plan is so watertight that if adhered to‚ his belief is it leaves only a "one percent chance" of anyone being infected with Covid-19 within the BSE.

The return to training at level three that has been approved by the Department of Sport paves the way for the completion of the PSL season before level one of the national lockdown - thanks to the plan regarding a BSE - even as numbers of coronavirus surge‚ and with a peak expected in November.

"There is a proposal of a biologically safe environment. And that document does not name a place‚ but it describes what type of a place it should be‚" Ngwenya told an online press conference of the SA Football Journalists Association (Safja).

Ngwenya said‚ once a venue had been determined by virtue of the two main priorities of not being within a hotspot and capacity‚ and a lesser priority of warm weather‚ the process of entering the BSE can begin.

"The plan says that 48 hours before the teams go to that biologically safe environment they are going to be tested again‚" the Safa medical chief said.

"The second testing will try and eliminate the possibility of having a false negative test from the first test.

"And now that you are 48 hours away from the BSE‚ those who are cleared will go to a mini-camp wherever they are. Because we don't want them‚ after a second test‚ going home and being contaminated.

"That's where the importance of the team doctor and compliance officer come in.

"They go from this 48-hour mini-camp to the BSE. In that BSE‚ everyone who goes in will not be allowed out until the games are completed.

"In there‚ they will be screened on a daily basis. Anyone with symptoms will be further evaluated by the team doctor‚ who will report back to the person overseeing the BSE‚ and we will decide whether to test or isolate the individual.

"If someone tests positive‚ there is an isolation area outside but close to the BSE. That whole team and technical staff are then tested again too.

"It's quite a comprehensive document‚ but that's the idea behind it."

"because flu‚ unlike Covid-19‚ is airborne and it's easy to have an outbreak of flu".

Players will also be screened for medical conditions such as asthma and high blood pressure‚ because if they get Covid-29 they will be at higher risk of severe illness.

Ngwenya will be a compliance officer of the plan. He said if all aspects of the plan are not met and the BSE has an outbreak‚ "it would be a serious thing and put the reputation of SA football into serious disrepute".

But he added that‚ "if we follow that document to a 'T'‚ the chances of us having a case are very minimal - I would actually say less than one percent".