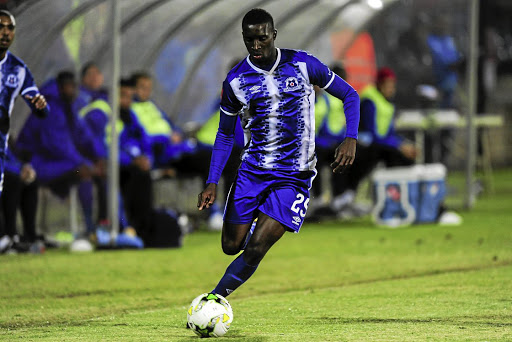 Siyanda Xulu has not lined up a club nor has concrete offers to join any of the Premier Soccer League’s (PSL) big three at present.

The dependable‚ mobile Xulu‚ who has enjoyed three excellent seasons at Maritzburg United‚ will not have his three-year contract renewed as it comes to an end on June 30.

His agent‚ Paul Mitchell‚ said it was always Xulu’s intention to move on from the KwaZulu-Natal club at the end of the 2019-20 season.

The formerly Russia-based centreback‚ who was the Premiership’s Defender of the Season as Maritzburg finished their highest fourth in the in 2017-18‚ has been linked to Orlando Pirates in reports.

But with the complications and uncertainty with the effects of the coronavirus on the transfer market right now‚ Xulu is currently awaiting a solid offer despite interest in South Africa and also internationally.

Maritzburg tweeted a farewell to Xulu from chairman Farook Kadodia on Tuesday.

Speaking to SowetanLIVE‚ Kadodia confirmed that the player will not be retained even as the Premiership makes plans for a return to play of the suspended 2019-20 season within a single bio-safe environment within the next six to eight weeks.

“His contract has come to and end‚ and the club hasn’t extended it‚” Kadodia said.

The Maritzburg owner said‚ to the club’s knowledge‚ Xulu does not have a club lined up right now. “Right until recently he did not have anything else‚” he said.

The reasons for Xulu not being retained through the closed-doors remainder of the 2019-20 season are financial.

Kadodia told his club’s website: “We sat down with Siyanda and explained to him that under the current economic situation‚ and with the cloud of Covid-19 hanging above us‚ we were not able to make any decisions right now [regarding a possible extension].

“We thought it best for the player’s future that we allow him to move on to a club of his choice. We wish him all the best for his future.”

Xulu’s agent‚ Mitchell‚ said the player’s intention had always been to move on from Maritzburg at the end of the 2019-20 season.

“Yes‚ we did anticipate that maybe Siyanda would stay on the extra month or two to help Maritzburg finish the league. That’s not going to be‚” Mitchell said.

“It was always going to be that we had made an agreement that he was going to move on. And that’s what we’re looking to do.”

Xulu (28)‚ who began his professional career at Mamelodi Sundowns‚ played almost three years for Rostov in Russia‚ returning to the PSL to sign for Kaizer Chiefs in July 2015.

He struggled for form and game time in a torrid period at Amakhosi‚ but rediscovered his confidence at Maritzburg‚ helping them reach their first two cup finals in 2018 Nedbank Cup and this season’s Telkom Knockout‚ where they lost 2-1 to Sundowns.

United were in fifth place in the Premiership when the PSL suspended matches on March 16.