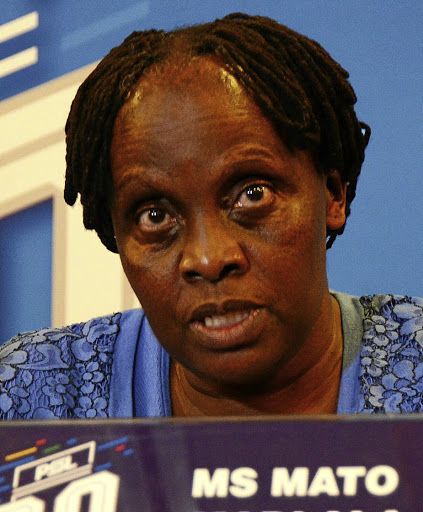 The wish of many Premier Soccer League (PSL) clubs to have a minimum of three weeks of training before the resumption of the campaign looks far-fetched as the league races against time to wrap everything up as fast as possible to accommodate the start of the new season.

Though Fifa extended the deadline to finish the 2019-20 season indefinitely across the world, the PSL is understood to be in a rush to conclude the current term in the first week of September to make sure the new one starts in October.

By the looks of things, teams will be given two weeks to train before the season
re-starts in a biologically safe environment (BSE).

PSL has a number of players who are law enforcers

Armed forces can refuse to release you, he says
Sport
2 years ago

The PSL Board of Governors (BoG) convenes today to map a way forward. It's expected teams will be given the green light to resume training, with the dates of the restart and the conclusion of the season also likely to be agreed upon. Gauteng and KwaZulu-
Natal have been suggested as the front-runners to host the remaining games.

Asked yesterday if it was possible for the clubs to have at least three weeks of training prior to the league restarting, acting PSL CEO Mato Madlala insisted she was in no
position to divulge such information until today's BoG meeting.

"I don't know what will be discussed tomorrow [today]. It's a Board of Governors meeting, so wait for tomorrow. It's our members who'll come up with deliberations," said Madlala yesterday.

The PSL, which was only given the go-ahead to return to training by the sports ministry last week, has 54 games remaining in the Premiership, 50 games left in the GladAfrica Championship and three Nedbank Cup games (semifinals and final). A week or so could also be consumed by awaiting test results.

Attempts by the Premier Soccer League (PSL) to complete the season may hit a snag with most clubs in the GladAfrica Championship warning that the ...
Sport
2 years ago