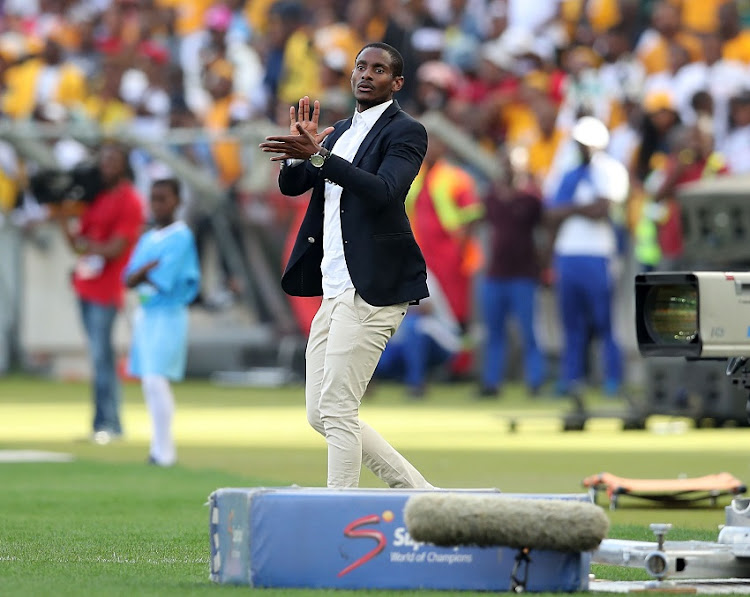 Rulani Mokwena has penned an emotional farewell to Chippa United as his contract with the club officially expired on Tuesday.

Mokwena had been loaned as head coach to Chippa by Orlando Pirates in early March‚ with the Port Elizabeth-based club announcing last week they were opting not to continue the arrangement.

This was despite the Absa Premiership season‚ suspended due to Covid-19 from March 16‚ being set to continue behind closed doors.

“After six months at the helm‚ it’s with overwhelming emotion that I officially announce that I have successfully served my loan contract as coach of Chippa United and close a short yet extremely beneficial period of my coaching career‚” Mokwena wrote in a statement posted on his Twitter account on Tuesday.

“As we complete our contract‚ we depart with respect‚ dignity and appreciation knowing that we leave the club better than we found it.

“I want to thank the chairman‚ his family and the management for the opportunity and support.

“[I thank] the technical team for their support‚ patience‚ hard work and sacrifice.

“We spent the lockdown together in Port Elizabeth‚ you risked your safety and sacrificed time away from your families just so you could put in the work which went beyond the ordinary 24 hours. You guys are incredible and it was a pleasure working with you.

“Thank you to the people of Port Elizabeth and the Chilli Boys supporters for the warm reception and your hospitality. You’ve got a great club that’s got a lot more potential than you can imagine.

“Last but not least‚ my biggest thank you goes to the Chippa United players. Contrary to what the log says‚ there is incredible talent and I look forward to seeing what the future holds for each and every single one of you. Thank you for your hard work‚ humility‚ and trust.

“Wishing the club and all its people all the best in its future endeavours.”

Mokwena‚ the a 33-year-old coaching prodigy‚ has enjoyed a remarkable amount of top-flight experience for someone still so young.

He was an assistant to Pitso Mosimane in the Mamelodi Sundowns team that won the 2016 Caf Champions League‚ then poached by Orlando Pirates to serve as No.2 to head coach Milutin Sredojevic.

Sredeojevic’s bombshell departure three matches into the 2019-20 campaign saw Mokwena thrown into a caretaker-coaching role in difficult circumstances. As Bucs struggled‚ he was replaced by full-time appointment Josef Zinnbauer in December.

An apparent personality clash saw Mokwena go on an extended leave‚ then‚ unusually‚ loaned to Chippa.

He only oversaw one match‚ a 0-0 draw against Bidvest Wits at Bidvest Stadium on March 7‚ before the PSL suspended matches due to the coronavirus on March 16.