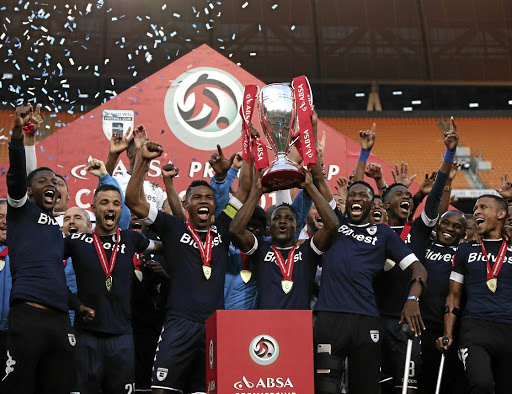 Bidvest Group are the frontrunners to take over the sponsorship at the Premier Soccer League (PSL) with the league champions expected to take home R20m.

Sowetan has been informed that Bidvest, together with Betway (betting company), are the two main companies vying to sponsor the league.

Absa, the current main sponsor, confirmed that their 13-year relationship with the PSL will not continue beyond this season. Absa had been the league's main sponsor since 2007.

This year, the winner will pocket R15m from outgoing sponsor Absa, but will see an improvement of R5m next campaign should Bidvest take over as the main sponsor.

"It looks like Bidvest will be the new sponsor for the league from next year, but don't rule out Betway just yet," a source close to the situation confirmed.

"The deal is worth millions and Bidvest have offered more than what the other company has. Bidvest wants to sponsor the league, hence they are selling the club Wits. The team will be relocating to Venda once everything has been agreed."

Former Bidvest Wits chief executive Roger de Sa admits that it's sad that the club he helped to build could soon cease to exist.
Sport
1 year ago

Quizzed if indeed Bidvest wants to sponsor the league, chief executive Alan Fainman refused to comment, saying he can only speak to the media today.

The fact that the club has also banned their players from speaking on the issue of the sale also says a lot about the potential sale of the side.

Wits have been denying that they are in the process of being sold to Tshakhuma Tsha Madzivhandila (TTM) and are to relocate to Venda.

A mass exodus of players is looming, including captain Thulani Hlatswayo, Buhle Mkhwanazi, Gift Motupa, Deon Hotto and Haashim Domingo who have been linked with an exit from the club, more especially to Mamelodi Sundowns.

This also proves that they are indeed in the process of finalising the deal to move to Limpopo from next season.